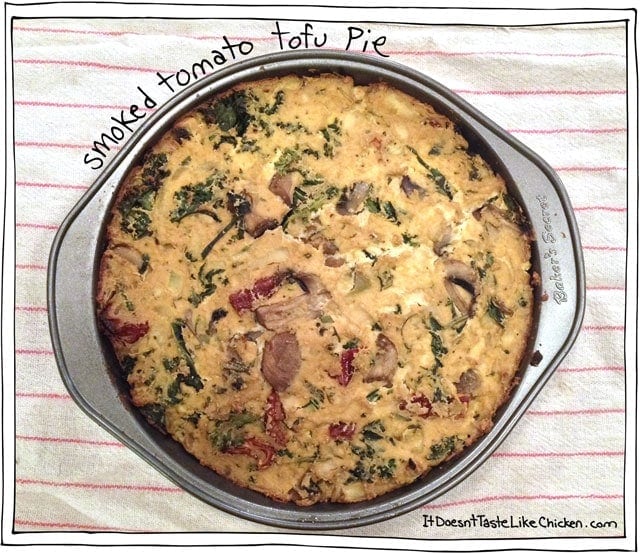 I think there are few things less appealing to a man than saying,

"Guess what I made for dinner, honey!? Tofu Pie!"

Or at least any man that I know.

This is basically what happened when I brought this dish over to my cousin Gretty's house for dinner. Gretty was super excited to try my tofu, but when her super-manly, big-muscles, meat-eating, likes-action-movies-and-cars husband found out what I had made, you could say he sounded less than excited. Nevertheless, he politely took a serving. Sitting at the table, Gretty and I were munching away when all of a sudden, "MMMMM!" was loudly mumbled from the end of the table. Followed by, "If I didn't know this was tofu, I would love this!" Or at least something that sounded like that through the mouthful of tofu.

Since then, I revamped this recipe a little more to make it even more manly. Inspired by my good friend Chef Jason, I made a smokey marinade for the sun dried tomatoes. So when you chomp into your tofu pie, every now and then you will hit a wonderful pop of smokey flavour, and dare I say, meaty texture of a sun dried tomato.

Now, if you can only convince your man this isn't a tofu dish....

(or you can eyeball these measurements... I do.)

Handful of Sun Dried Tomatoes (preferably not the ones in oil)

Big Bunch of Kale or Spinach (I used Kale) 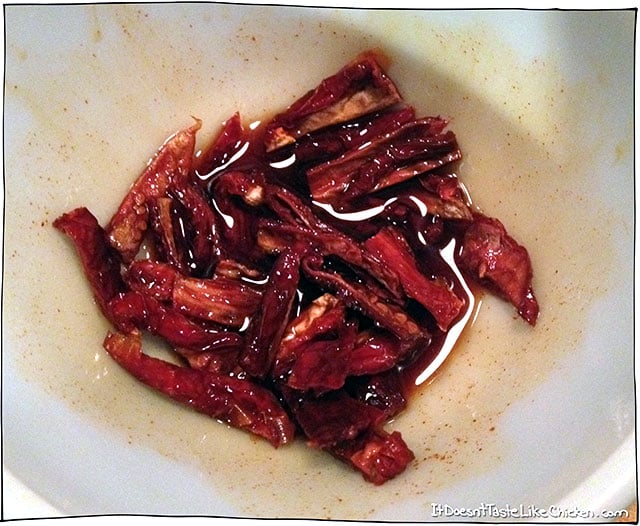 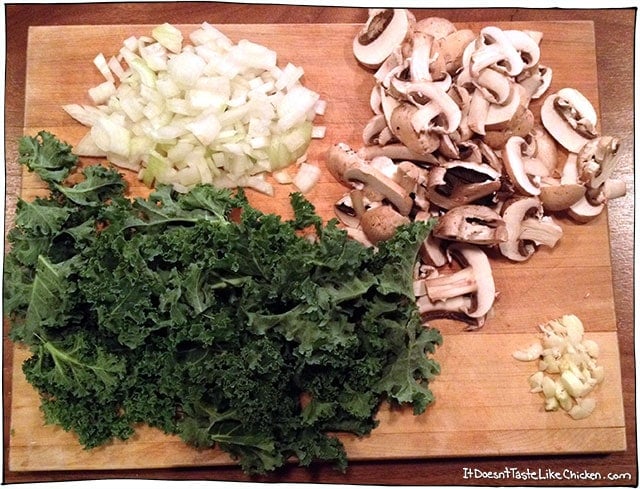 Chop up your onion, mushrooms, kale (or spinach), and garlic. If using kale make sure to chop into small pieces. Over medium high heat, pour your glug of olive oil in a pan. When heated, sautee your onions for a couple of minutes until they start becoming translucent. Toss in your mushrooms and garlic, and continue to sautee, until the mushrooms are just starting to brown. 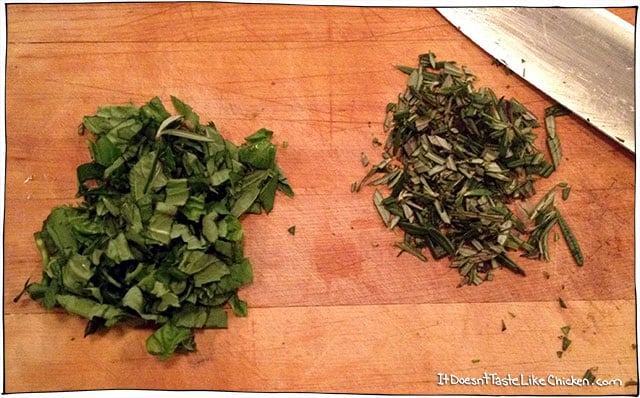 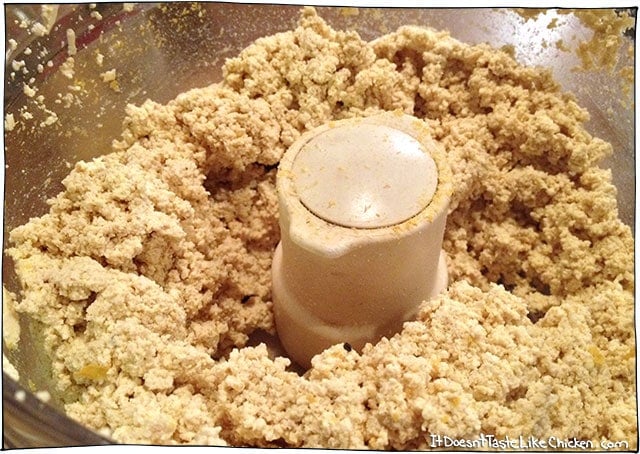 Break you block of tofu into chunks and toss in your food processor. Blend it all up until it is all broken down into almost a riccota texture. Season with soy sauce (or tamari), mustard, nutritional yeast, and a bit of salt and pepper and blend again. 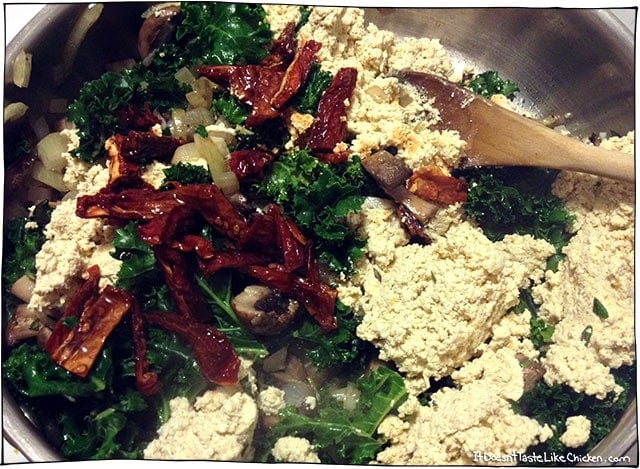 Now toss your tofu mixuture into your sautee pan with the other veggies. Using a fork or your fingers fish out the sun dried tomatoes and toss them in as well. Discard the remaining marinade. 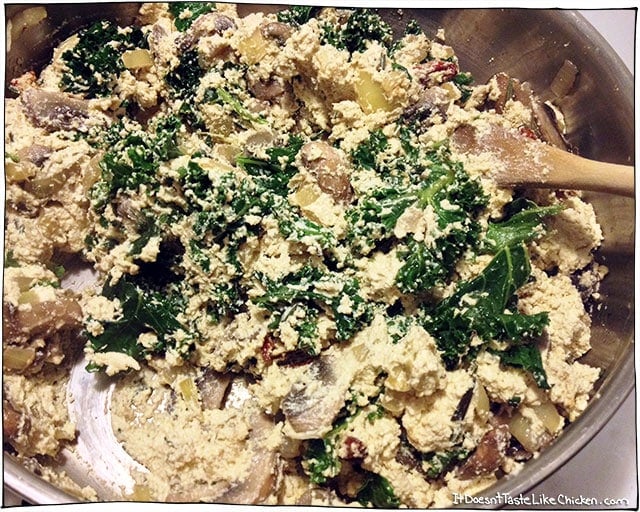 Stir it all up until everything is evenly distributed. 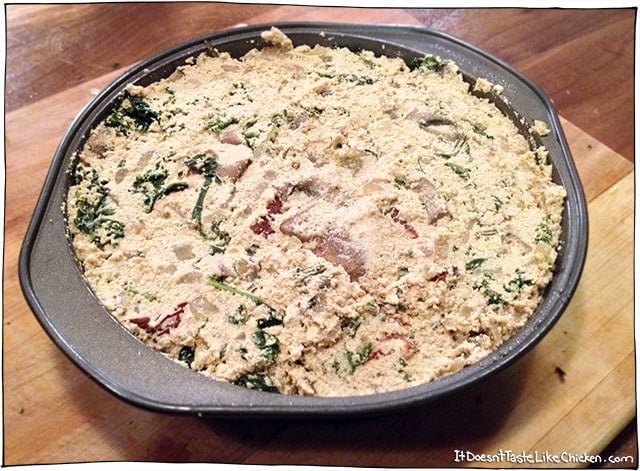 Grease a pie pan and scoop your mixture into it. Smooth and pat it down so it's a nice looking pie. 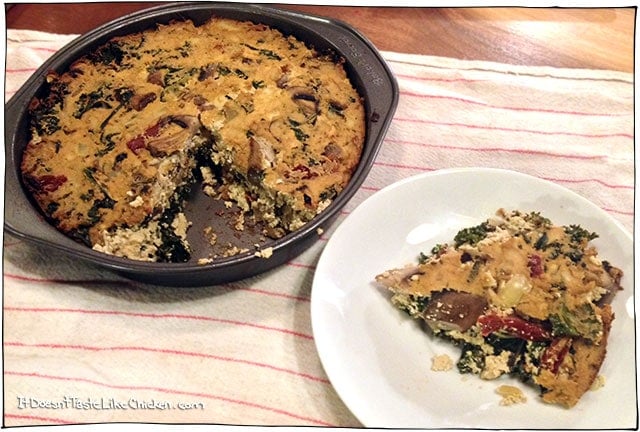 Bake for 20 to 30 minutes until the top is golden and the edges start browning. Let cool for 5 minutes and then serve. If you want perfect looking slices, you are better off letting it cool longer. If you are incredibly impatient like me, just call it rustic and serve it up!