Did you know that I have two bestselling vegan cookbooks?

My first cookbook Fuss-Free Vegan is in its 9th printing and has over 1,500 5-star reviews on amazon.com.

My second cookbook was released on March 30th, 2021, and has already become an Amazon bestseller!

More details about my books and where to order ↓ 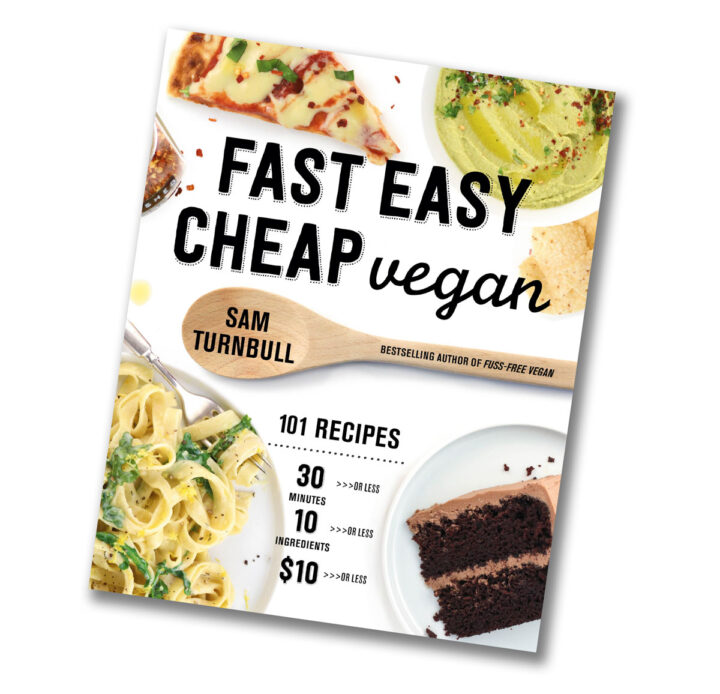 Fast Easy Cheap Vegan is jam-packed with 101 scrumptious vegan recipes. But it's so much more than that... Every recipe takes 30 minutes or less, requires 10 ingredients or less, and costs $10 dollars or less! Can it get better than that!?

With this book, it was my goal to bust ALL of those misconceptions. I wanted to show you how vegan food can actually be affordable, simple, and quick! And that's what I did. You won't believe how many delicious, hearty, drool-worthy dishes you can prepare at lightning speed, with only a few ingredients, and for cheap too!

Fast Easy Cheap Vegan was released on March 30, 2021, and you can get your hands on a copy! The book is available worldwide! Here are a few places that are selling it online: 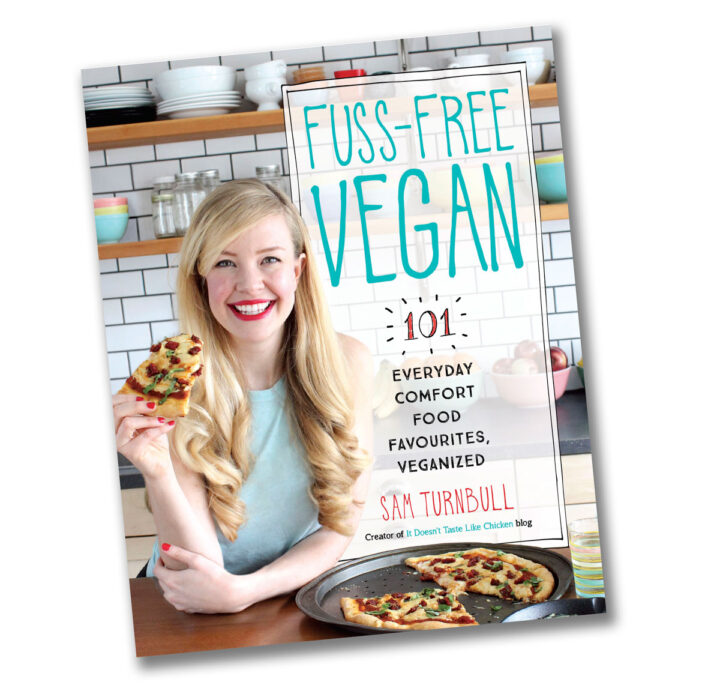 This is the cookbook I wish I had when I went vegan: one that recreates and veganizes the dishes I loved most in my pre-vegan days, like fluffy pancakes and crispy bacon, cheesy jalapeño poppers and pizza pockets, creamy Caesar salad and macaroni and cheese, rich chocolate brownies and holiday-worthy pumpkin pie, to name just a few. (And there’s no hummus recipe in sight.)

Say goodbye to searching endlessly around for that one special ingredient that you can't even pronounce, or cooking dishes that don’t deliver on their promise of yumminess; instead, say hello to ingredients you can pick up at your local grocery store, step-by-step techniques, and my enthusiastic voice cheering you on throughout this fun, approachable cookbook.

With 101 tried-and-tested, one-of-a-kind vegan recipes for every meal, from breakfasts to lunches to dinners, and even snacks, desserts, appetizers, and vegan staples, as well as handy menu plans and tips to amp up the recipes and your vegan life, Fuss-Free Vegan is your ultimate guides in the new vegan kitchen.