This post is sponsored by Ontario Apple Growers, who I love for their apples that are fresh and crunchy all year long- even in February! 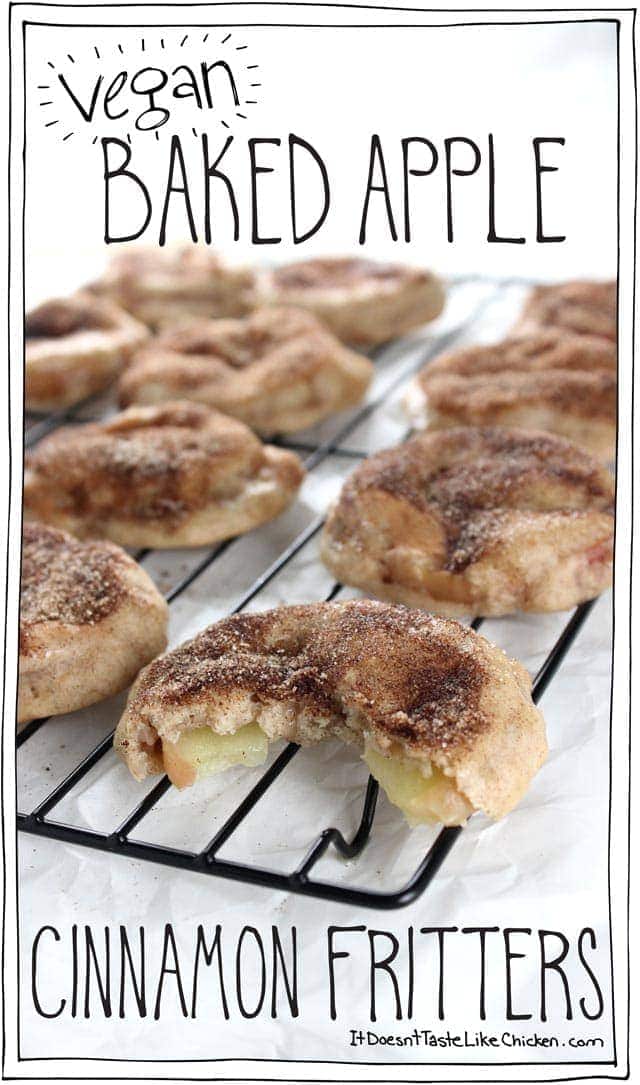 I had a hankering for a donut-like treat- I think it's something about the February blahs that makes me crave sweets even more than usual- but I had a bit a dilemma. I also wanted something not too bad for me because I have an upcoming trip to Jamaica, and this girl plans to have a 6 pack by then...or at least not a winter one pack. Plant power! 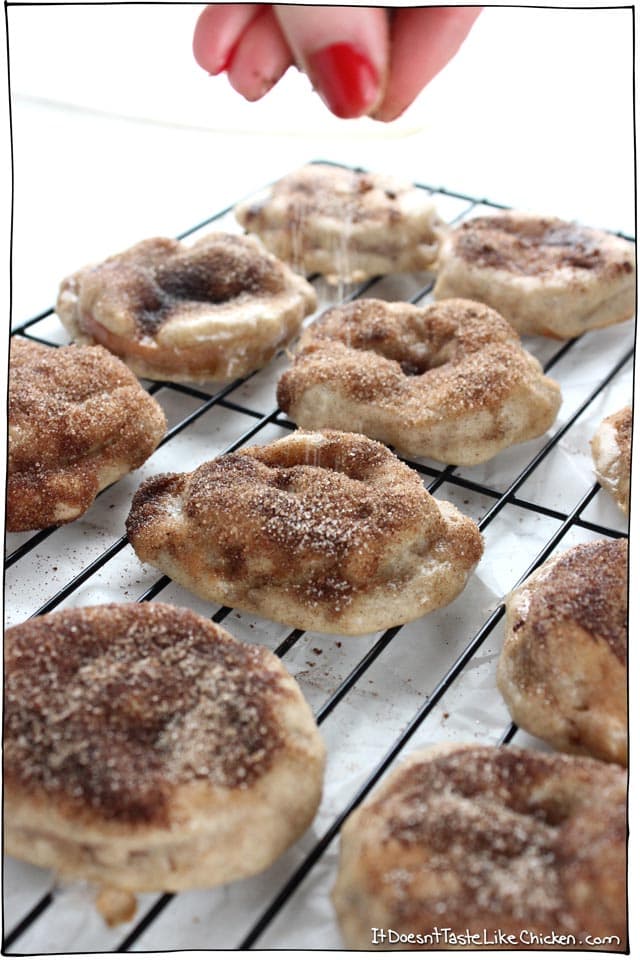 So, I pulled some sneaky deaky tricks outta my sleeve to meet both qualifications. I took fresh sliced apple rings and dipped them in a simple homemade batter. I baked them instead of fried then, then I lightly (ok heavily) sprinkled them with cinnamon sugar. The result is a small apple stuffed cinnamon sugar fritter that are only 100 calories each!

I was actually shocked when I calculated the nutrition. Now I don't feel quite so guilty for immediately scarfing down 4 of them...whoops! 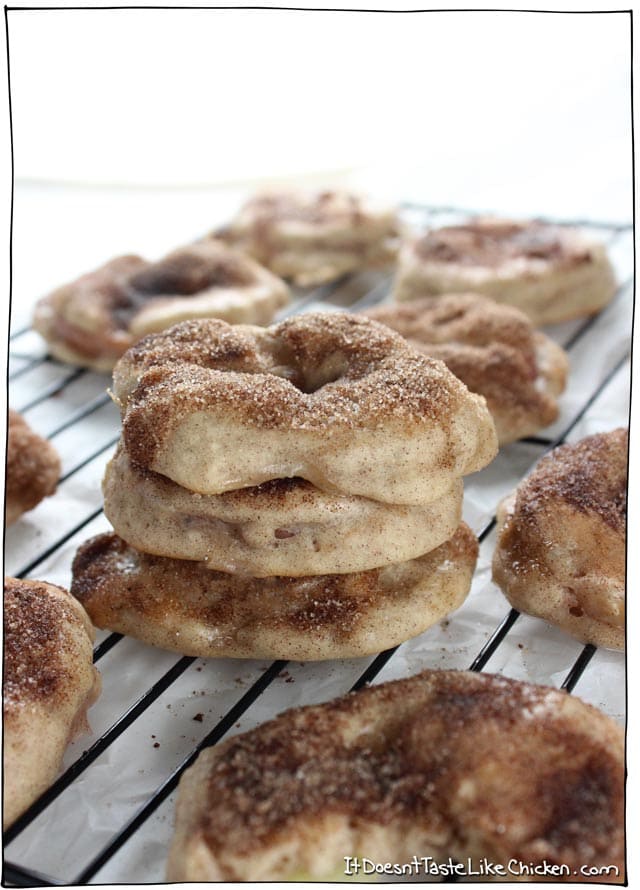 These are so scrumptiously yummy served still warm from the oven. Soft, fluffy dough encasing a sweet apple center, then a cinnamon sugar topping just makes them! Wonderful served with coffee or tea. Omnomnom. 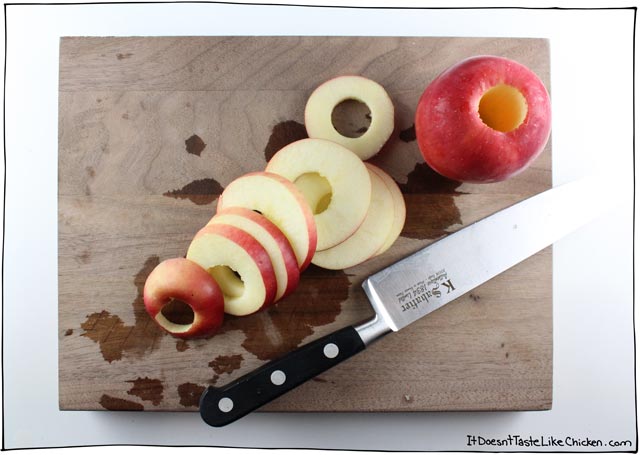 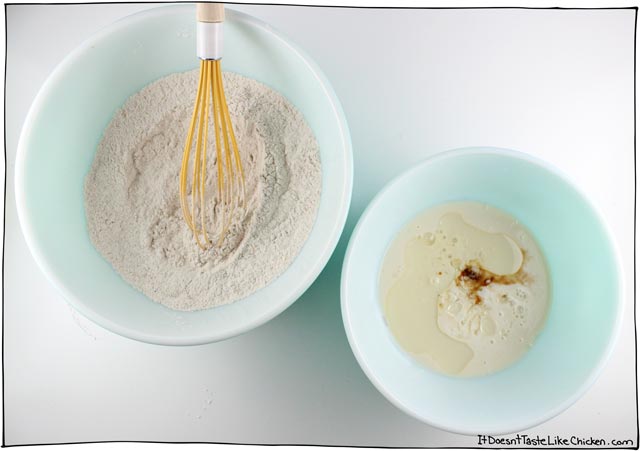 Take an apple ring, one at a time, and dunk it in the batter. You can use a spatula to help flip and coat. You want a nice thick coating of batter. This part will be messy! Then place the batter coated apple on a parchment lined baking sheet. 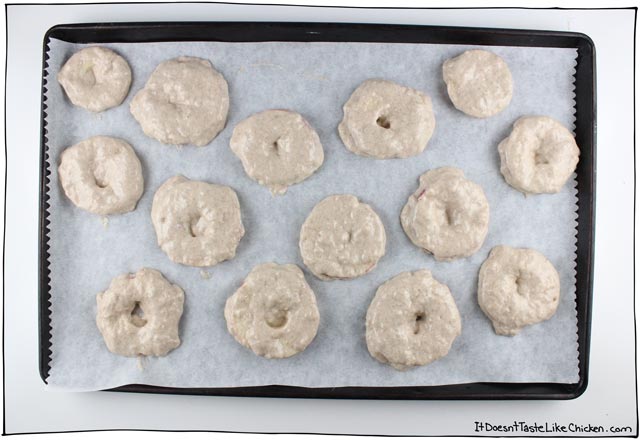 Like so. Give them a bit of a room as they will grow. You may need two baking sheets.

Bake for about 20 minutes until the batter is puffy and just begins to get golden. Let cool for 5 minutes before handling. 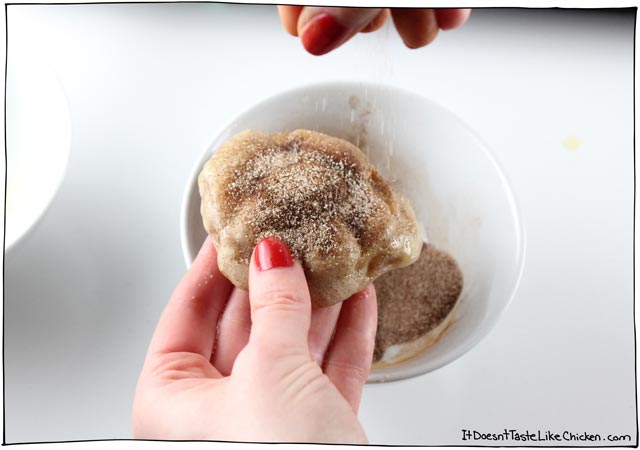 They really won't be the prettiest of things, but that's where cinnamon sugar comes to the rescue!

Melt the vegan butter, and then brush a little on the top of a fritter, then sprinkle generously with the cinnamon sugar mix.

I love them best when still warm from the oven! They are still good the next day but not quite as good, so if you don't think you will be able to devour them all fresh, feel free to half the recipe. 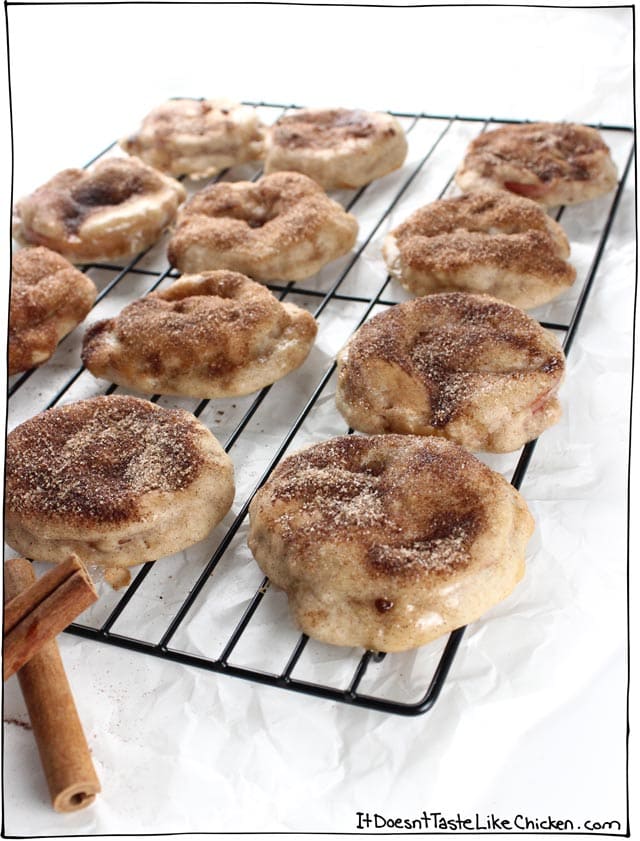 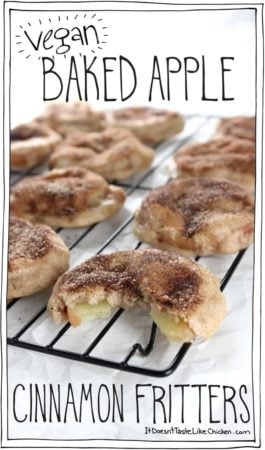 A healthier dessert that's only 100 calories each!

Did you make this recipe? 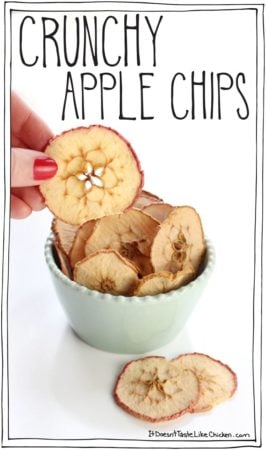 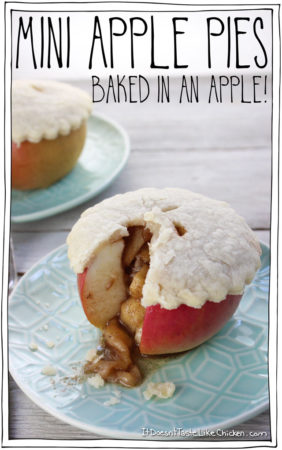 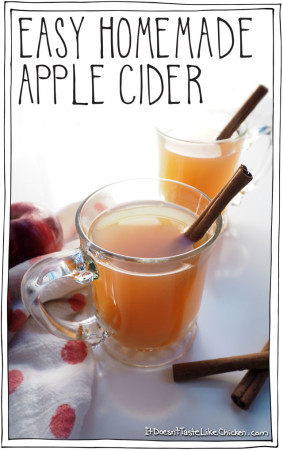 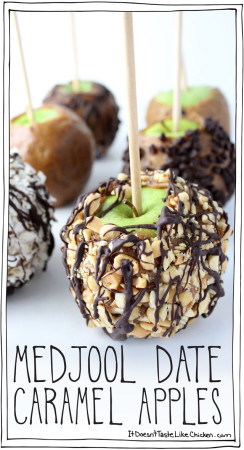 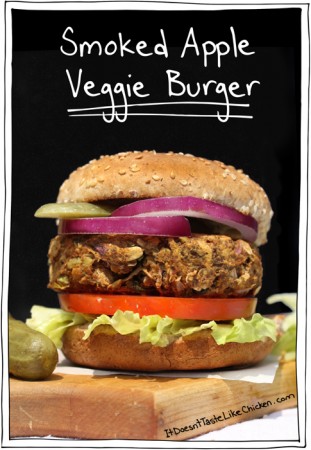 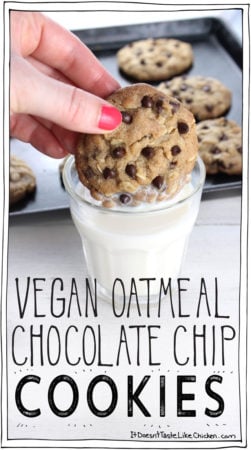 5 Secrets to Vegan Food
that Even Carnivores Will Love

Get the ultimate guide to make vegan cooking easy!

I'm Sam, welcome to my blog! Here you'll find my favourite fuss-free vegan recipes. You might be surprised to hear that the moment I decided I was going to go vegan, I was completely and utterly bummed about it. Here's my story →