You put the lime in the coconut and drink it all up! Er... and ginger beer. That too.

Did you ever make ice cream floats as a kid? How amazing were they!? There is truly something so magical about combining ice cream with pop (as we call it in Canada, soda as it's called in the US).

I thought it was time to bring this treat back, but I'm not talking about vanilla ice cream and root beer (although that is delicious), I wanted to try a really interesting flavour combo. Oh boy, am I glad I did. I made Vegan Coconut & Ginger Beer Floats, and this treat alone, totally made my day and it made my friend, Abbey, neigh like a horse... more on that later. 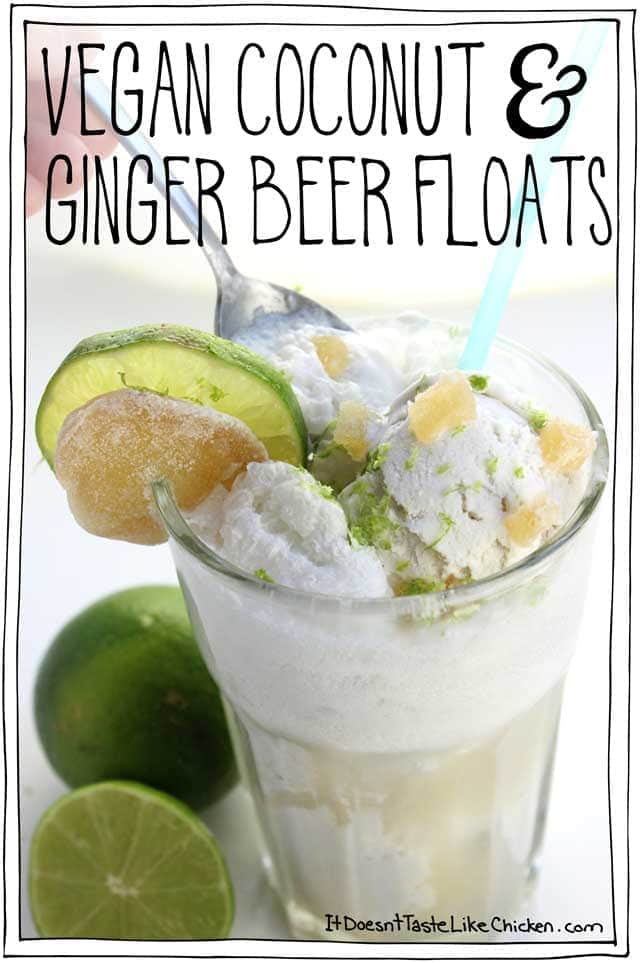 Yes, it really is as magical tasting as it sounds. 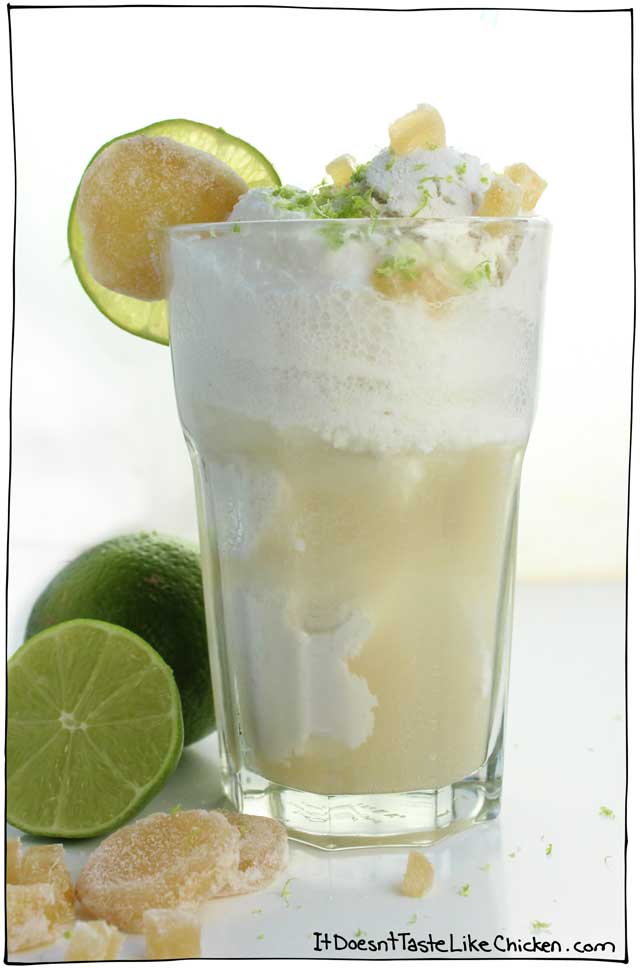 Guess what else is fun? I filmed making this float with my friend Abbey Sharp from Abbey's Kitchen. (This is where the neighing comes in). So watch that madness here. ↓

Aren't we the cutest? Who else used to make swamp water as a kid? 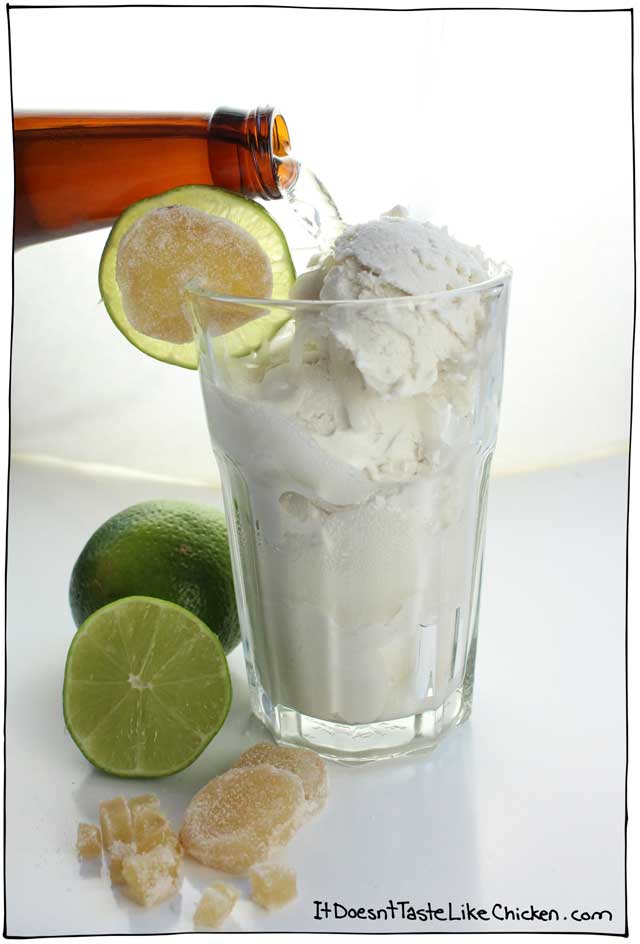 Then top it with ginger beer of choice. This time I went with Grace Island Soda ginger beer, but a boozy ginger beer would be awesome too!

Garnish with candied ginger and lime zest, because yum, and dive in! 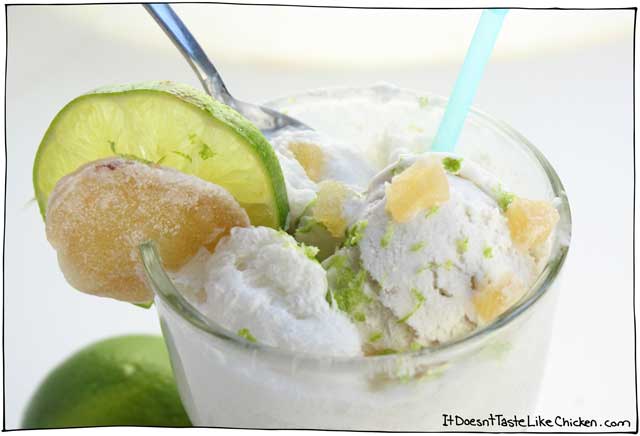 If you liked this recipe you might also enjoy: