Happy Mother's Day!!! Oh wait, that hasn't happened yet has it? Well look at me getting things done ahead of schedule. Well actually, I think most intelligent bloggers have already published their mother's day recipes, so I am probably behind, ah well. I tried to get this one to you sooner, but I had to make this recipe four whole times before I got it right! Four delectable, scrumptious, oh this recipe isn't quite right, better try again, times. Oh the pain. 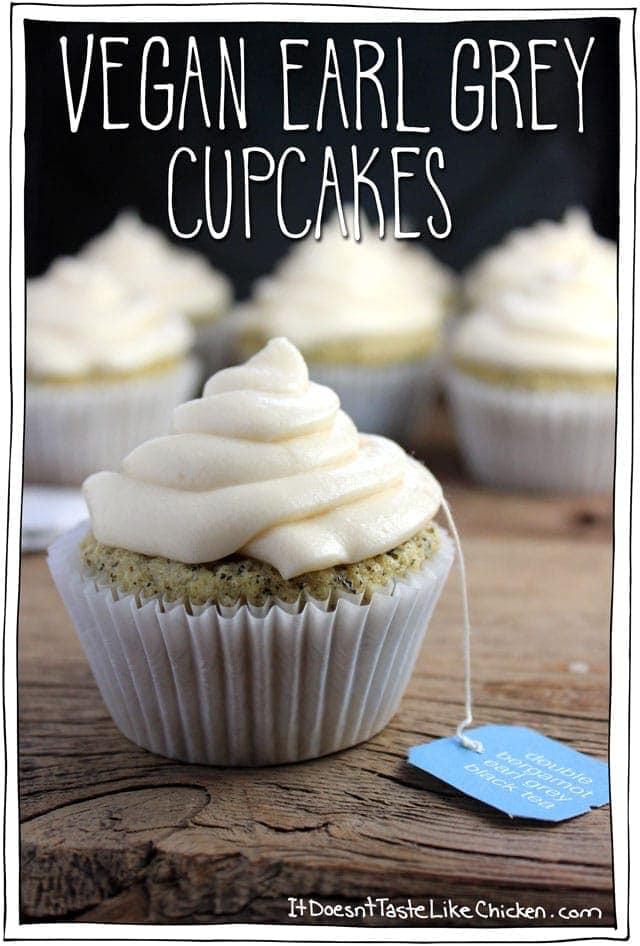 While it's true I made four batches of these babies before nailing the recipe, it wasn't a hardship or a burden at all. It was pretty damn fun. When I thought of the idea of making Vegan Earl Grey Cupcakes, I did some good 'ol internet research. What did I find? A million and two recipes. Ok, I exaggerate, google actually found about 107,000 results. Dang. At first I tried steeping the tea in hot milk like most of the recipes suggested, but that really didn't get much earl grey-ness into the cupcakes, and also it was difficult (almost impossible), to make just the right amount of steeped milk as an unpredictable amount evaporated or got sucked up by the tea bags. Plan 1, fail. 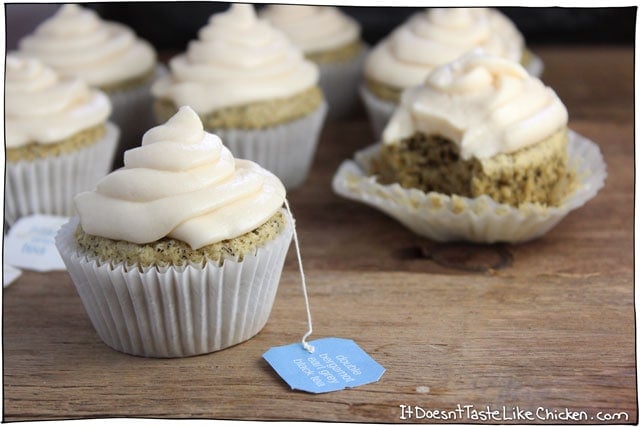 Plan 2 happened when I came across this genius recipe by The Gingered Whisk. The difference here is that instead of trying to steep the tea in something, she just went right ahead and tossed the tea leaves in the batter. I mean come on, so easy peasy, the earl grey flavour is insane, and the cupcakes just turn out so darn cute with their little speckled tea look. So I used the inspiration and adapted my Vegan Vanilla Cupcake recipe to Vegan Earl Grey Cupcake bliss. Plan 2, you are my new favourite. 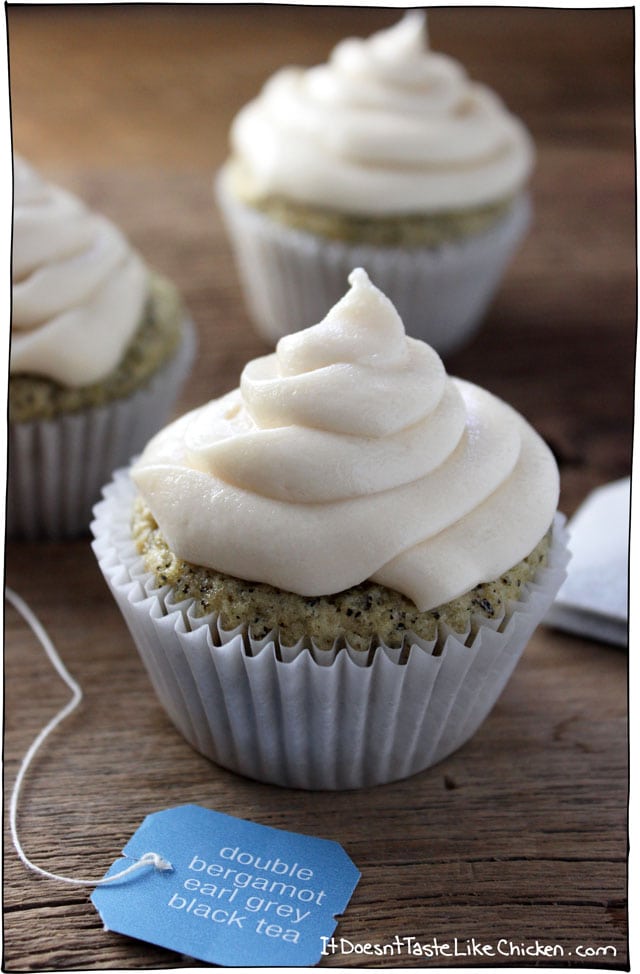 This cupcakes taste like if a cup of earl grey tea, and marshmallow had a baby, and now you just want to eat that baby... but it's totally vegan I swear. The cupcakes have a potent earl grey taste, but are still light, fluffy and sweet. The frosting has just a kiss of earl grey, so not to over power your taste buds, and adds a creamy dreamy, lift your pinky, then shove the whole cupcake in your mouth in one go (what?), delectableness. 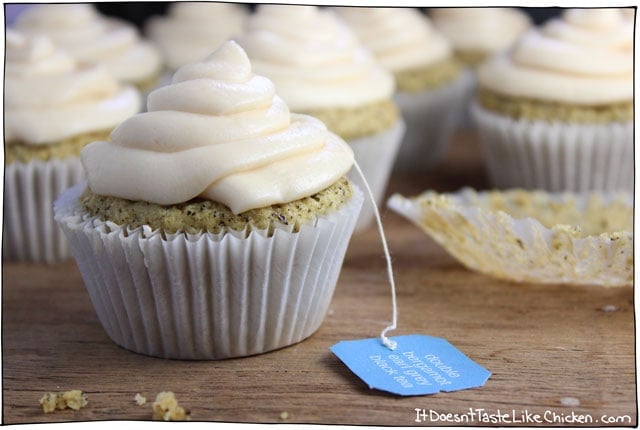 Now on to the beautiful baking of cupcakes. 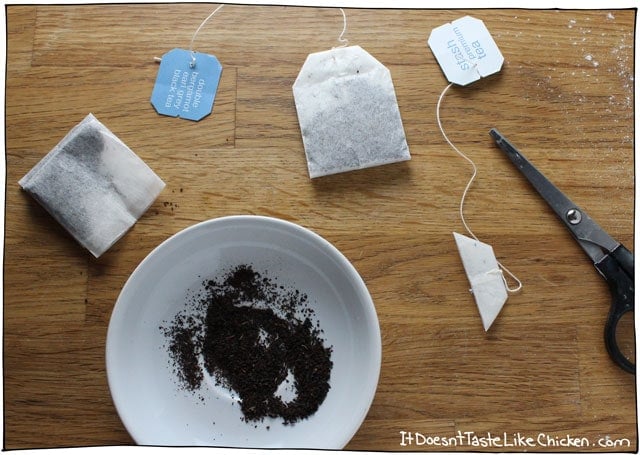 First cut the end off of your tea bags and dump the tea out into a small dish. If it is finely ground like in my picture, you are good to go. If it is a coarser tea with bigger leaves, toss the tea in a food processor or blender and pulse, or grind it in a mortar and pestle until finely ground, but not powder. I used Stash Double Bergamot Earl Grey Tea. 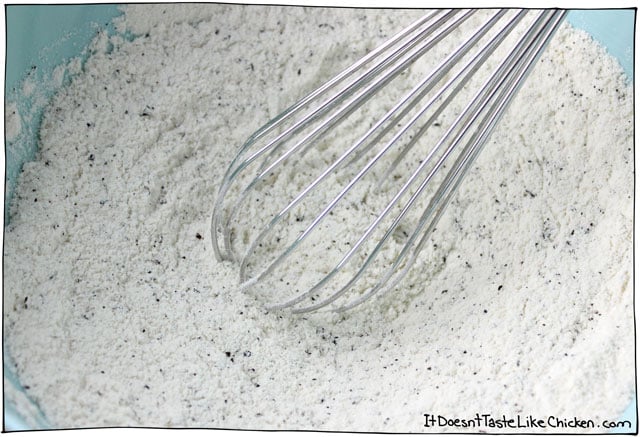 Add the tea to a large mixing bowl then add in all of your other dry ingredients. Whisk to combine. 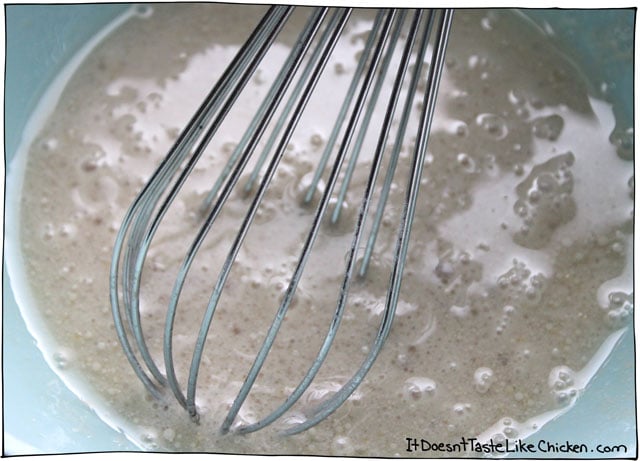 In a separate bowl whisk all the wet ingredients. Pour the wet into the dry, then using a spoon (a whisk will get too goopy), to mix the batter until just combined. Don't over mix the batter or your cupcakes will be sad. 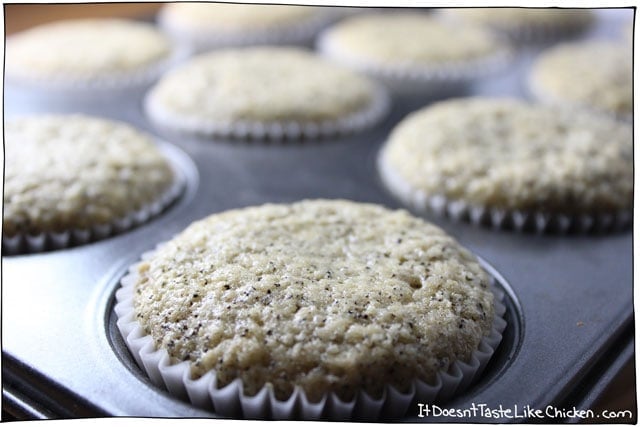 Divide the batter evenly among 12 cupcake liners, or a lightly greased cupcake tray. Bake 18-20 minutes, until a tooth pick inserted into the center comes out clean. 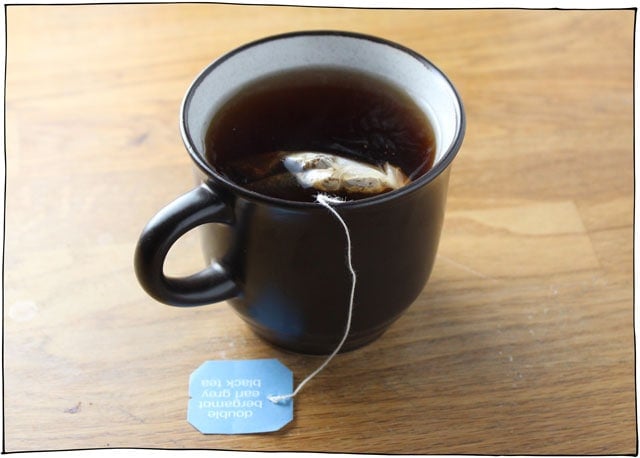 To make the frosting, brew one very strong cup of tea. Let the teabag sit in the tea, until it is completely cool. You can do this ahead of time or even the day before so the tea is cool and good to go when you get to making your frosting. 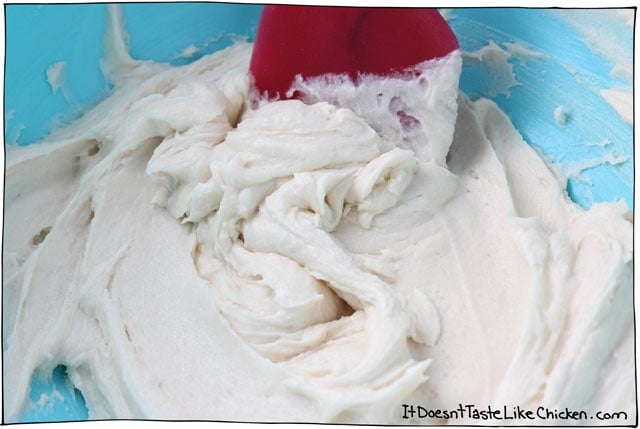 When the tea is cool, use an mixer to beat the vegetable shortening and vegan butter together. Add in ½ cup of powdered sugar at a time. When all of the powdered sugar is incorporated, add the vanilla extract and 1 tablespoon of the extra strong cooled brewed tea. If you like the frosting a little softer, add another tablespoon of the tea until you reach the desired consistency. 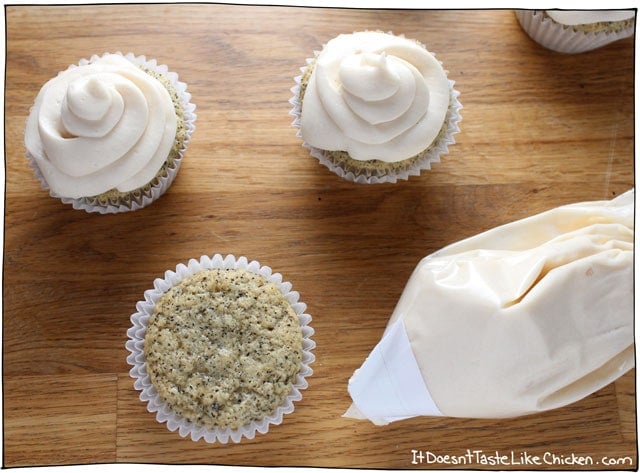 Use a frosting bag or knife to frost your cupcakes. Or if you are like me, just use a regular old plastic bag. I always choose the strongest bags, and I tape the corner before I snip a hole in the end to reinforce the tip so it doesn't break. Sneaky deaky tricks. Cupcakes are always best served the day you make the, but still pretty delicious the next day. Whether you are a mother or not, I hope you enjoy the cupcakes! 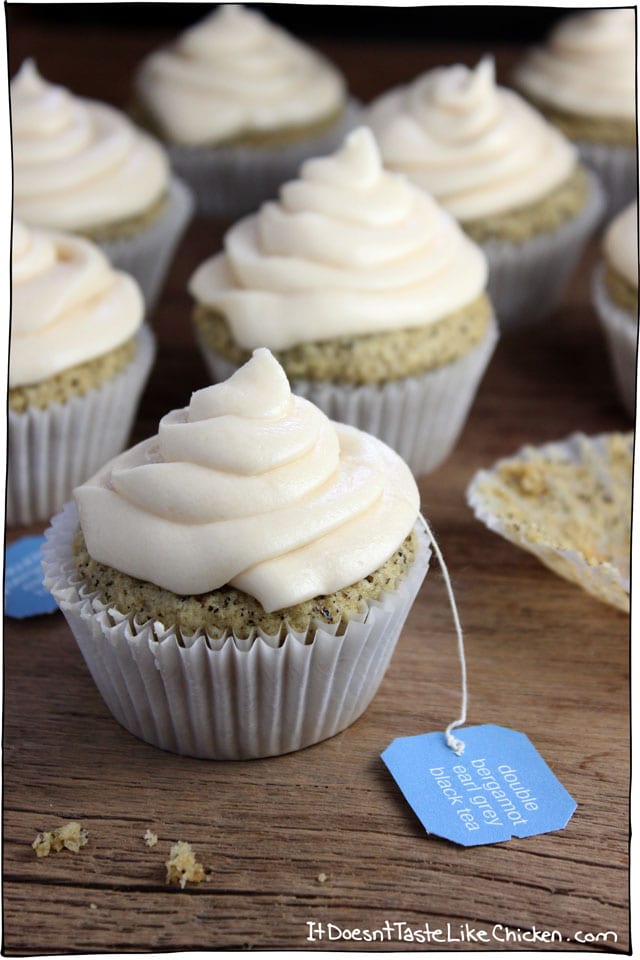