I have been holding out on you guys.

For months, (yes months!) I've had a secret that I could not share. A REALLY big secret. Kind of the best secret ever. I have been dying to share it with you, and I am so relieved that I finally can. Are you ready? Take a deep breath, in and out. Here we go: I GOT A COOKBOOK DEAL! Squee! I'm freaking out a little... ok a lot!

Wait, that's not even the best part, are you ready for the best part? Here we go: I got a cookbook deal with one of the biggest publishing companies in the world! I'm talking Appetite by Random House. Yes, THAT Random House. The amazing smiley, hugging, and gleeful people (seriously they are so nice) chose me (little vegan me!) to write a cookbook and they are going to publish the thing, to the world, like you will be able to buy it in stores and everything. Gah!

I literally have been doing happy dances for months now, and I feel no need to stop. 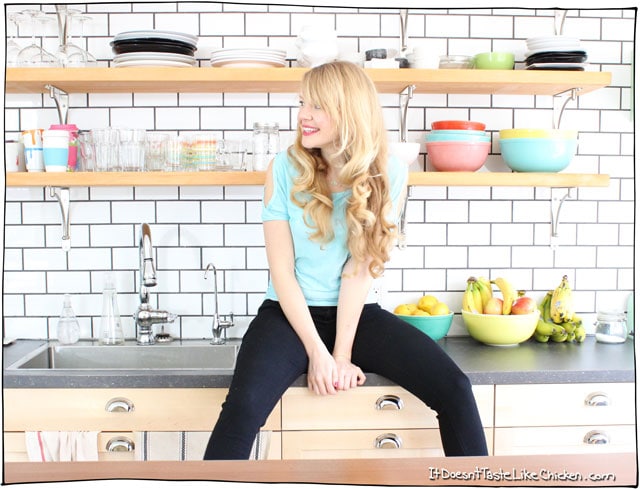 Ok, deep breath. Let me tell you the story of how it happened. One fine day I got an email from Appetite by Random House, they wanted to meet me (insert sweaty panic, freaking out, jumping around for joy now).

I went in for a meeting wearing orange pants (why did I wear orange pants!?) I had to wait in the lobby for a few minutes and as I sat there I was surrounded by shelves of books written by authors such as George R. R. Martin, Judy Blume, Margaret Atwood, Mindy Kaling, Drew Barrymore, Sophie Kinsella, Piper Kerman (Orange is the New Black alert!), Russel Brand, and Brendan Brazier. Not to mention the cookbook authors, Angela Liddon, Nigella Lawson, Curtis Stone (swoon), Meghan Telpner, and Sarah Britton. Holy moly, what in the world am I doing here? The girl who received the comment on her high school English class report card "Samantha is the best actor in our English class". Well at least I was good at acting like I was good at writing... haha. Thanks Mr. Mason 😉 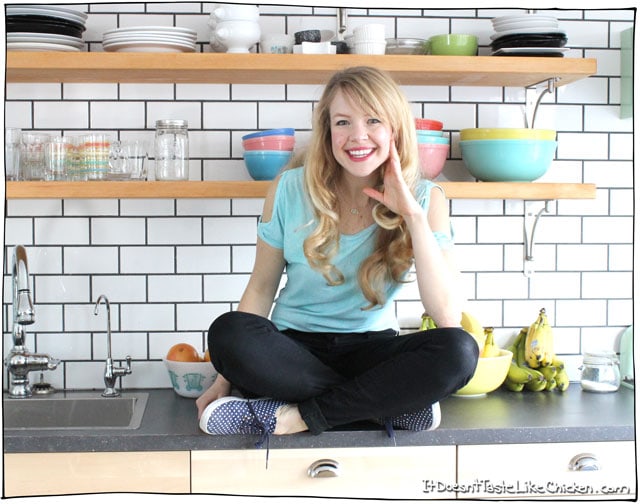 This is the extra crazy part. In the couple of months while I prepared my cookbook proposal, I got contacted by not one, but TWO other publishers who were also interested in a potential cookbook!!! I do not know what kinda good karma I was putting out into the world, but whatever it was, I will keep on trying to do that.

Now with three interested publishers I was totally confused. With a little guidance from my cousin and some help from a friend, before I knew it I was signed up with a super awesome agent. Let me recap, I went from being a measly little vegan blogger to suddenly having an agent and 3 publishers interested in me. Um, can somebody wake me up? My agent (who is also named Sam, so clearly she is amazing), helped me focus my efforts towards Appetite by Random House because we agreed they seemed like the best publisher for me.

I finished my wee cookbook proposal, and by wee I mean monster proposal, 67 pages to be exact. Apparently one of the largest proposals they have ever received according to my editor Bhavna (who is actually so wonderful and I am so stoked to be working with her over the next year). I submitted the proposal to Appetite by Random House (insert more sweaty panic). They held onto it for a couple weeks without word (insert sleeplessness, excited, anticipation) then it happened, it was official. They loved, like really truly loved my proposal, and they offered me a contract!

I have NEVER been more exited to receive a pile of paper in my life. There it was, right on the contract, my name requesting It Doesn't Taste Like Chicken the cookbook! (Insert more heart attacks... by now I'm probably dead).

I swear I wanted to rush to the computer and tell you immediately, but I had to wait for everything to be official-official before I announced it... because apparently when things are official they are only sort of official, but alas, I am finally able to share with you guys my super exciting news! It Doesn't Taste Like Chicken the cookbook is coming to you in 2017! Woot woot!

Apparently, I celebrate by putting my feet on the counter, I'm such a rebel (I know some of you cringed). 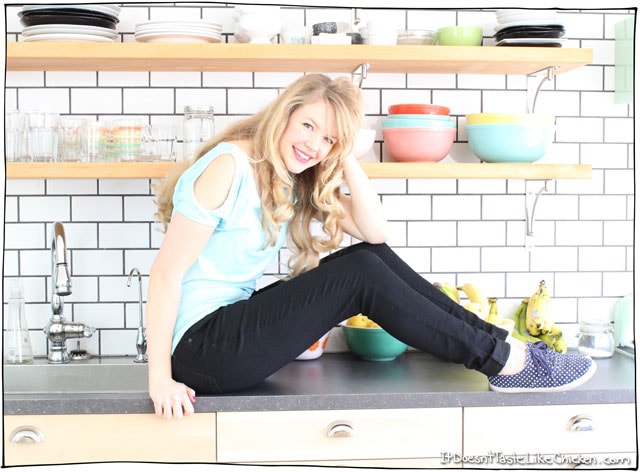 Now that I can finally share freely I am going to be documenting the whole process of writing a cookbook and I would love if you guys followed along on social media using #IDTLCcookbook. Sneak peeks, bloopers, questions for you, and behind the scenes photos are all coming your way.

Lastly, a love note: A big, big thank you to you, yes YOU! It's because of you awesome readers and vegan food lovers that this cookbook deal was even possible. Every comment, cooking success, social media share, food picture, email, and like I receive truly make my day. You're the best! 💕

Until the next scrumptious vegan treat...