I tend to make potato soup when I have nothing left in my fridge. When produce is low, let root veggies save the day! Potatoes are always there like the proud spuds they are. You may think that means I am hating on my potatoes, but maybe it's an unconscious -save the best for last- strategy. Either way, I am never sad when it turns into a potato soup kinda day. 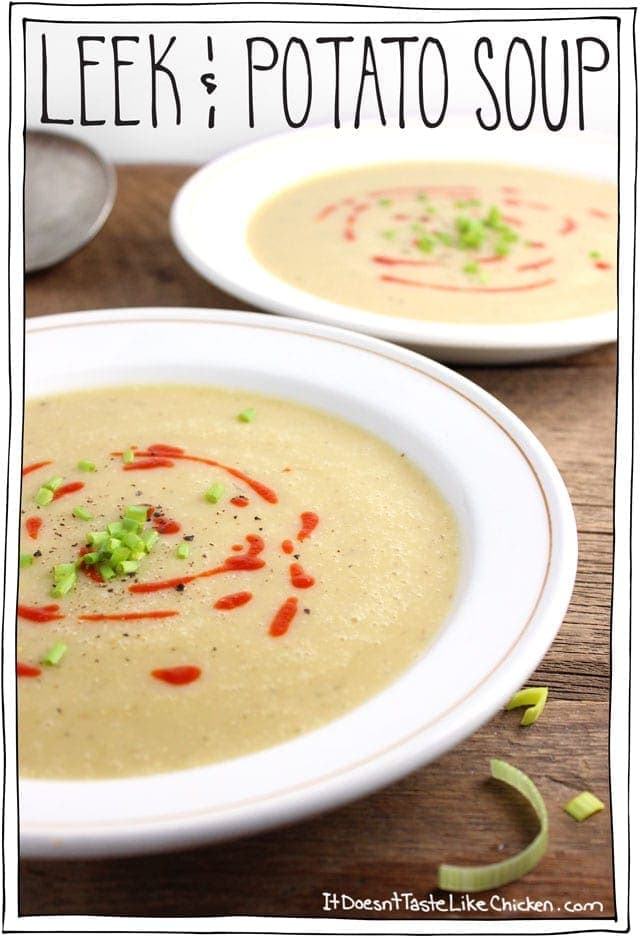 The Creamy Vegan Potato soup is richer and heartier. With the addition of coconut milk it has a wonderful creamy consistency. It's fab for winter. This Leek and Potato Soup, is a celebration of spring! A little lighter, a little fresher, a blend of bright ingredients. Top with a swirl of hot sauce just to give your tastebuds a friendly kick. 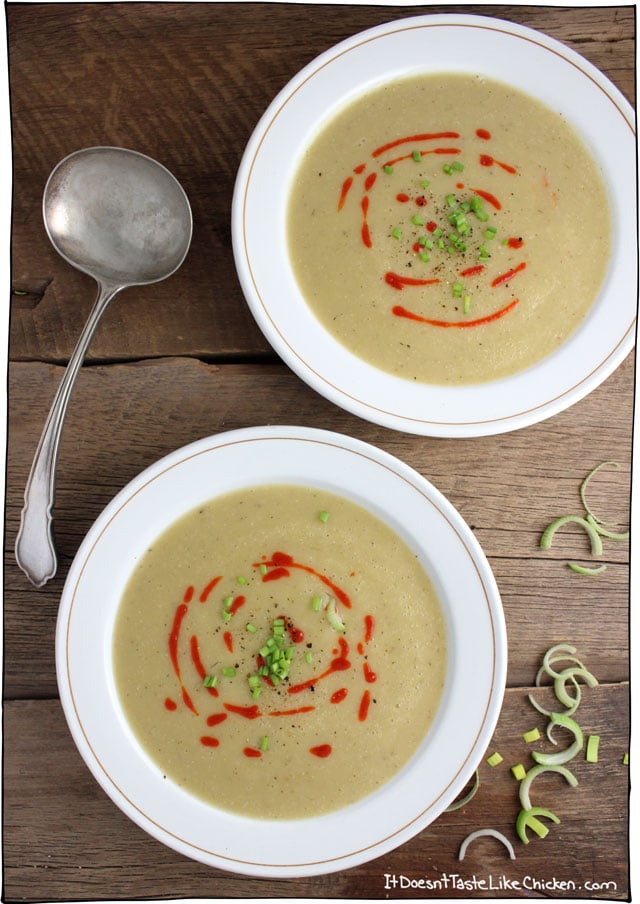 These ↓↓↓ are leeks, in case you didn't know. Aren't they pretty?

They make a good fan if you ever get hot waiting in line at the register. (Be prepared for weird looks). If you aren't familiar with leeks they are kind of like giant green onions. The pretty fan of leaves are the part you don't eat, they are super tough, so bye bye pretty big leaves. 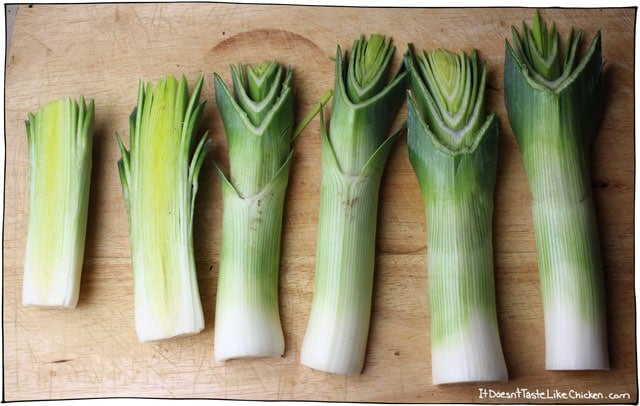 Cut off all the dark green parts, then slice the leeks in half lengthwise. Now peel the layers apart and make sure to wash in-between them. There is often dirt hidden between the layers. Sandy soup = Bad soup. 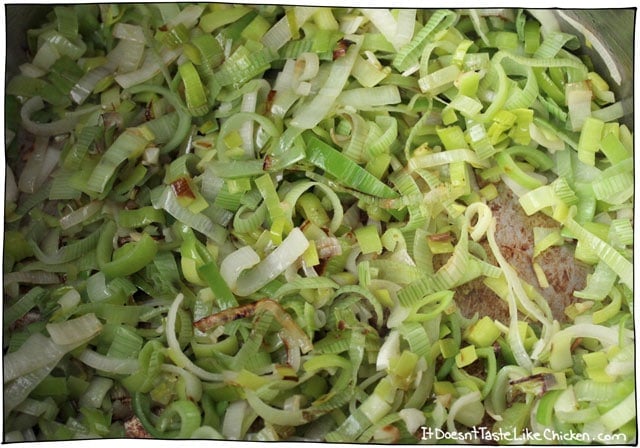 Slice up the leeks using the white and light green part of the leek, but not the dark green tougher leaves. Heat olive oil in a pan and toss in those babies along with the chopped garlic. Sauté them  lightly until they start getting lovely golden flecks. 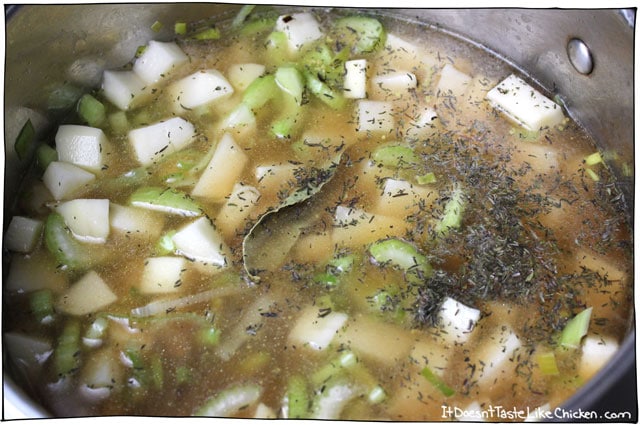 Toss in the potatoes along with the rest of the veggies, the spices, and the vegetable broth, cover and bring to a simmer. Cook for about 2o minutes until the potatoes are easily pierced with a fork. Remove the bay leaf, then blend the soup to creamy deliciousness. If you prefer a chunkier soup, then blend about ⅓ of the soup, and then stir it back in. Mix in the unsweetened non-dairy milk, bring back to a simmer, and server with a drizzle of hot sauce (if desired) along with some some crusty bread.