Do I even need to explain why Loaded Vegan Nachos is my new favourite recipe? I mean, hello: LOADED. VEGAN. NACHOS. Yes, yes, and absolutely yes. I am doing happy dances right now. I love nachos. But I adore my recipe for The Best Fully Loaded Vegan Nachos! This recipe is filled with everything that makes nachos great!

The funny thing about my love for nachos is that I didn't even really realize how much I loved them until I became vegan. I would go to a pub with friends, browse the menu, and then crave the nachos that I couldn't have. I didn't crave the cows cheese, I just wanted that familiar, gooey, finger food, fun that goes so well with a pint. Omnomnom bar night.

I became determined to make the best damn vegan nachos, from here to Timbuktu. (Side note, did you know that Timbuktu is a real place in Mali... that really is far away)! 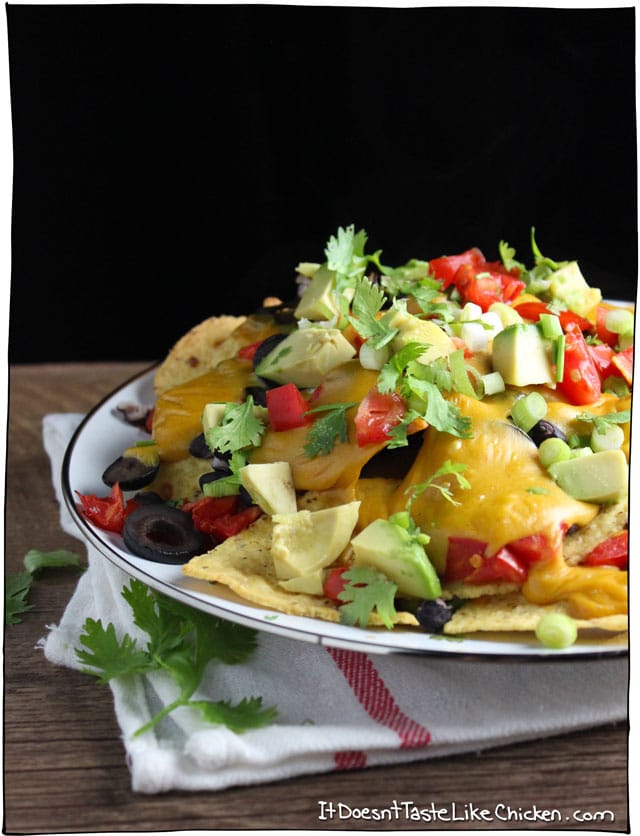 Back to my vegan nacho making mission.

Make some glorious, ridiculously tasty, beautiful nachos. Um, did you notice the pictures on this page?

These nachos turned out so well that even my non-vegan mom stated all pubs should have this on the menu... and, I rest my case. 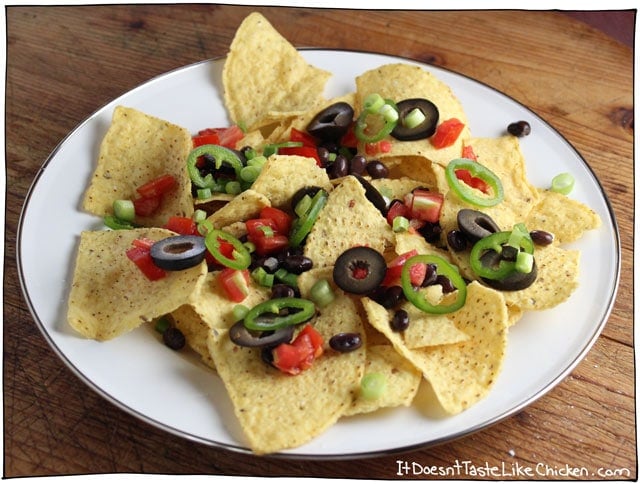 The key to a good nacho party in your mouth is to layer. First start with a layer of tortilla chips. Sprinkle over that, olives, jalapeños, black beans, green onions, and tomatoes. 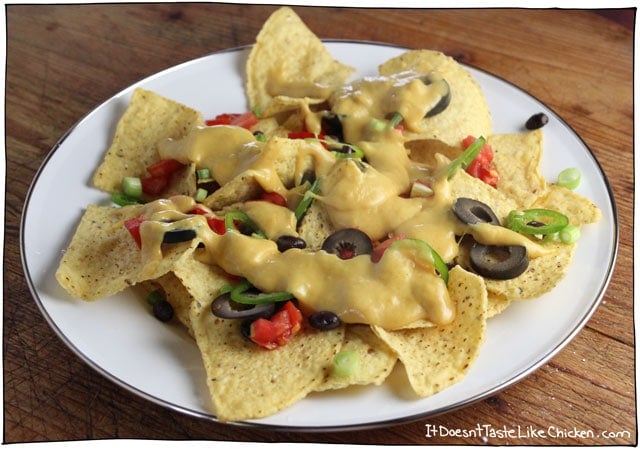 Then drizzle over half of the nacho cheese recipe. Aye yai yai! I want it already. Now do it all over again! A new layer of tortilla chips, with all the toppings, and the remainder of the nacho cheese. Pop it in the oven to heat it through, sprinkle on some fresh cilantro and avocado, and get your fingers ready to lick. Dive into layers of deliciousness. And if you really want to up the ante, you can add some of my Vegan Tofu Taco Crumbles to your layers and have a super-meaty and decadent nacho feast! 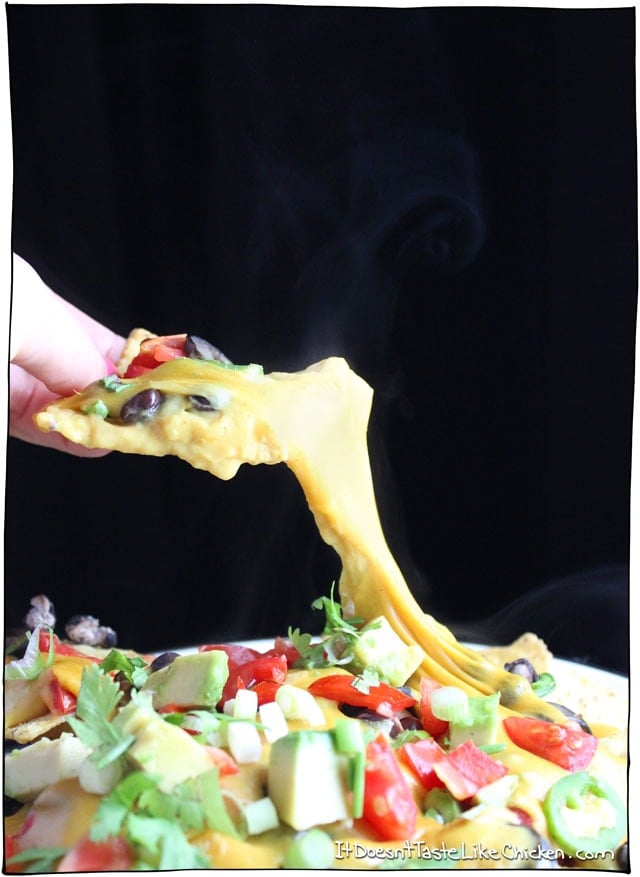 These loaded vegan nachos are...

If you try this recipe let us know by leaving a comment, rating it, and don't forget to tag @itdoesnttastelikechicken on Instagram.
Bon appetegan!
Sam Turnbull 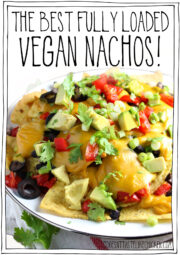 For oil free nachos, make sure to use oil free tortilla chips.