At first, I was confused. Casserole with marshmallows on top? Then I tasted it and it all made sense. You call it "casserole" so that you can have it with your main meal, meaning you get to have dessert for two courses. Clever minxes you are! I see how you work this game. Since my recent recipe discovery of Easy Vegan Marshmallow Fluff, I knew I could finally make Vegan Sweet Potato Casserole with Marshmallow. Omnomnom! 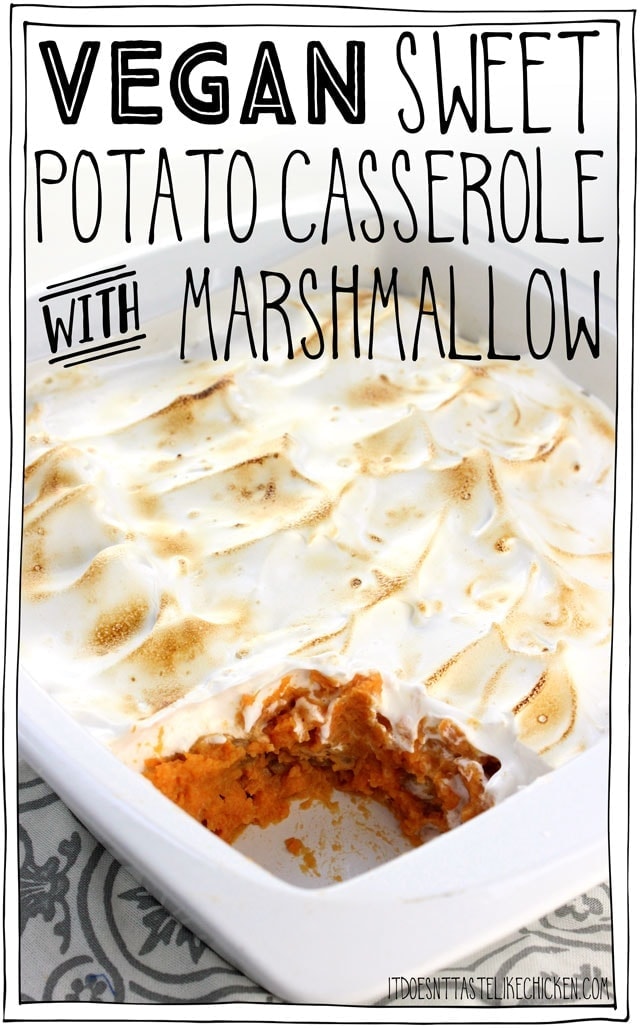 The sweet potato base was the easy part. Getting the marshmallow perfect, on the other hand, took a few rounds of testing.

The first time I tried this, I popped the marshmallow topped vegan sweet potato casserole in the oven to bake at a low temperature for 25 minutes. While it looked gorgeous, as I went to scoop a serving I heard a surprising crunch. The marshmallow fluff had baked into a firm meringue crust. Meringue is delicious, but this is not how vegan sweet potato casserole is supposed to be.

Since there is no egg in this dish, there is really no need to bake the sweet potato as it's already cooked. So for this attempt, I thought I would just broil the marshmallow top in the oven for a minute. Guys, I was watching the marshmallow broil the whole time. It was in the oven for approximately 30 seconds. There were some bubbles, slightly browning, and so I opened the oven door... in the time it took me to open the oven door the top went from slightly browning to burnt. I'm talking ½ a second. Marshmallow smoke filled my house, Chickpea dog looked concerned, and I stomped around yelling at the marshmallow, like an angry, over-sugared, little kid.

Ehem. Attempt 3. Sam has calmed down a little and cleared the smoke out of the kitchen. Sam fluffs up her third batch of marshmallow fluff and piles it high on top of the sweet potato layer. Sam takes the easy way out and uses her brûlée torch to toast the top. It works. It works perfectly. All the control, none of the fuss. Gorgeous toasted marshmallow top. Do it this way. Sam is pleased. 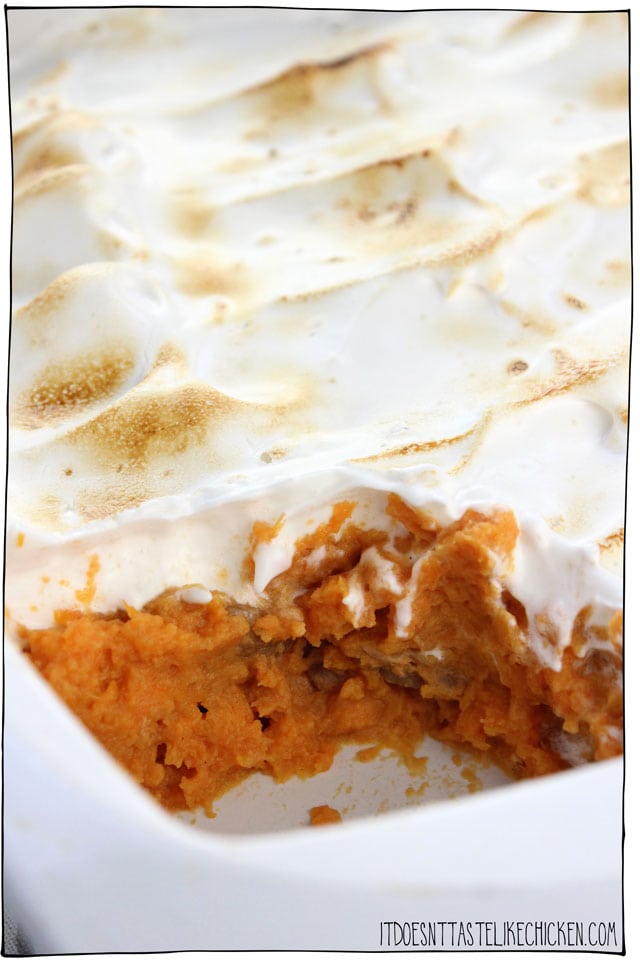 Here we have it, creamy, sweet, buttery sweet potatoes, a crunch of pecans, all topped with gooey, fluffy, toasted marshmallow. Oooeeee you're looking mighty fine! 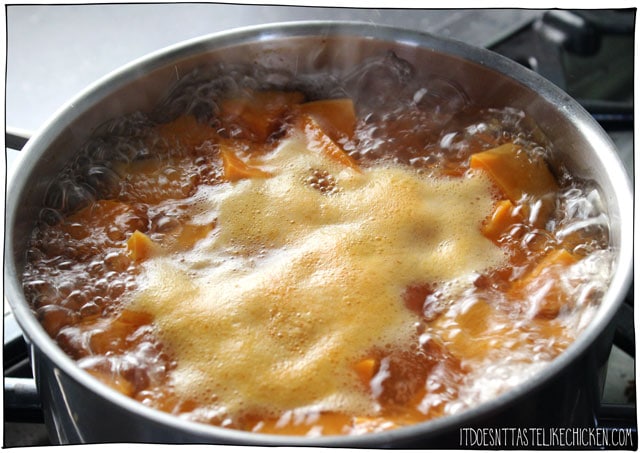 To make Vegan Sweet Potato Casserole with Marshmallow: Peel and chop sweet potatoes and bring them to a boil for 10 - 12 minutes until the sweet potatoes are fork tender. Drain and return potatoes to the pot. 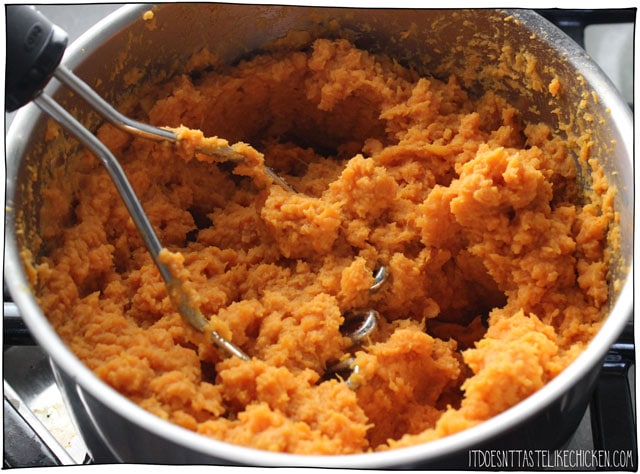 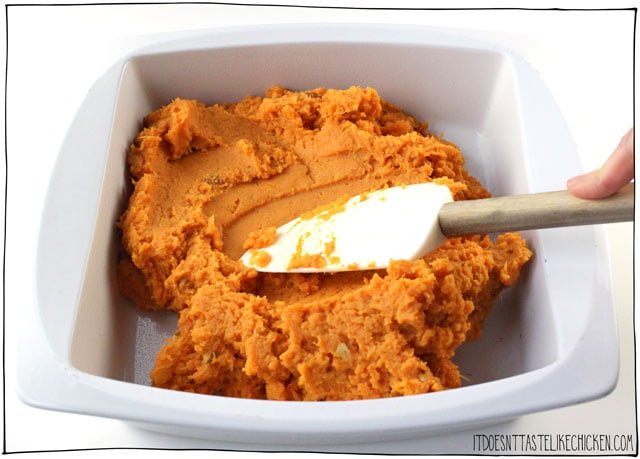 Spread the hot sweet potato mixture into an even layer in a 9" x 9" square casserole dish or equivalent size. 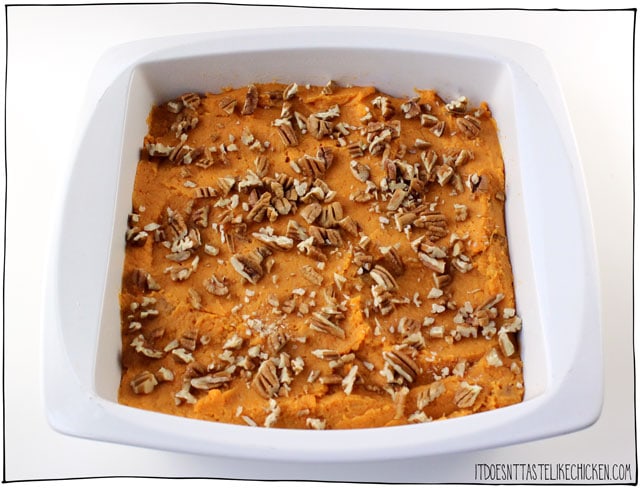 Sprinkle the chopped pecans over top. 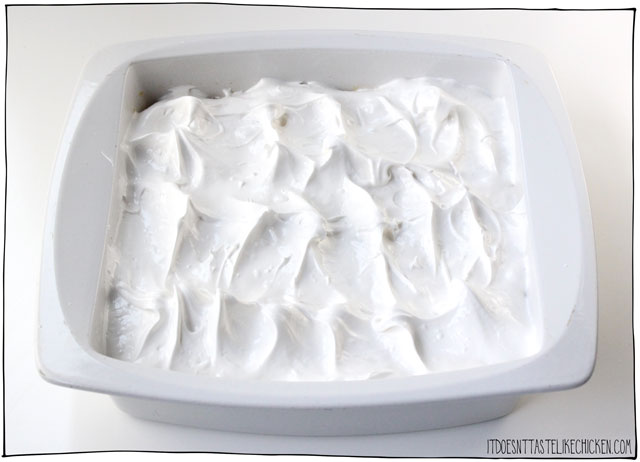 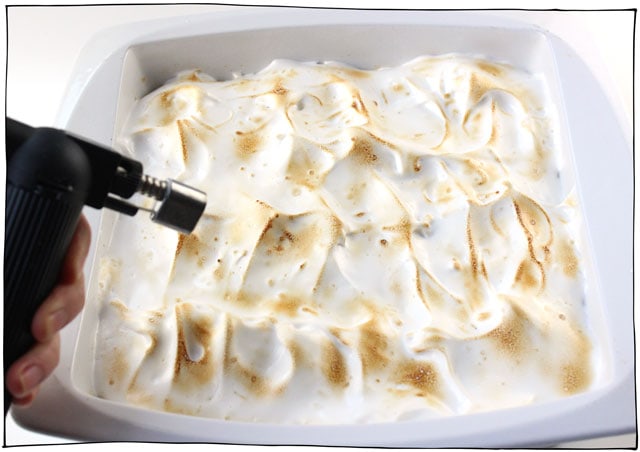 Finish by toasting the marshmallow top with a brûlée torch. Serve while still hot.

If you don't yet own a brûlée torch I highly recommend getting one. Not only does it make toasting the marshmallow here easy and fun, but you can use it to toast marshmallow on hot chocolate, or make vegan crème brûlée from my book Fuss-Free Vegan (page 185). 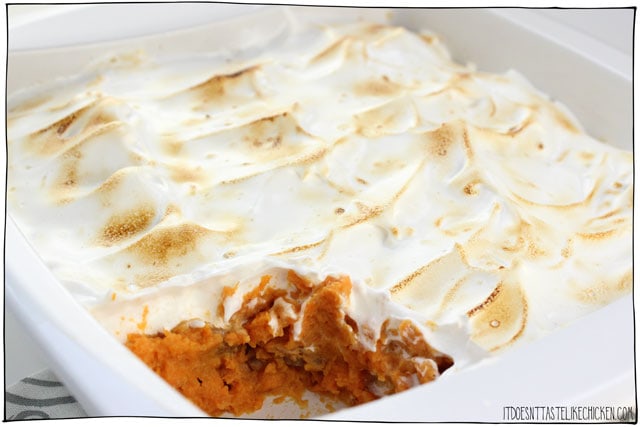