When I rejoined the single world again, my first thought was, "but I'm 31 and a vegan! Who's going to want to date me!?" Considering the last time that I went on dates I was 26 and mostly carnivore, I was pretty sure this was going to be a whole new adventure and I didn't know what to expect.

Those romcoms sure make it seem challenging. First you have to find the guy, then you hate him for a long time (even though you're secretly attracted to him), and finally something happens and suddenly you like him, kiss to dramatic music and be happily ever after. Credits, insert peppy fun music and possibly some snapshots of your future life.

Who has time for all of that? AmIright? 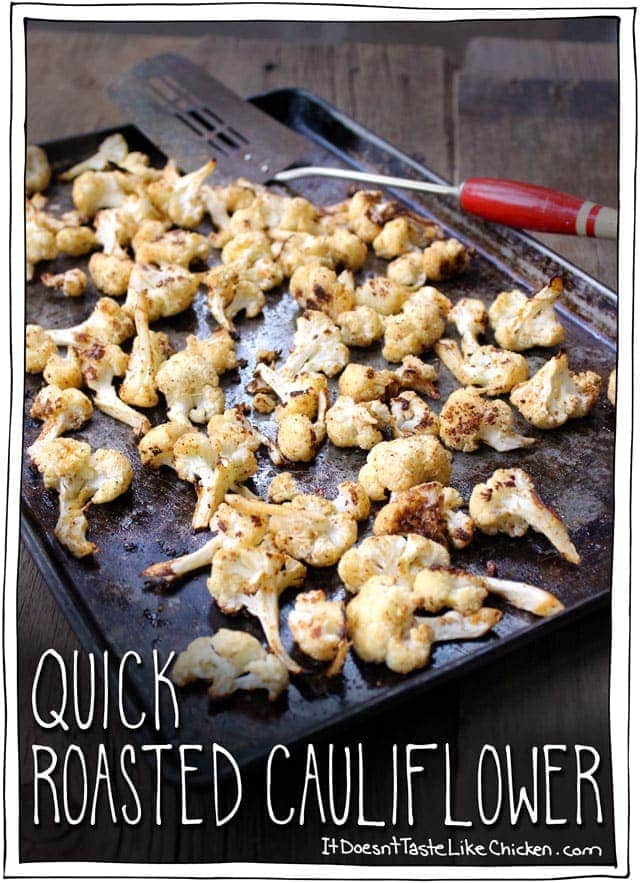 So here's the thing, I was so sure that me saying I was vegan would turn away a good 75% of dates. The reality? Not-a-one.

In these past months, not a single dude has really seemed to care. Sometimes there were the protein questions, or the "I could never be vegan" statements, and one particularly charming fellow mimed pulling a sausage out of his pocket, eating it audibly, and asked if it would be weird if he was doing that for real. I'm going to go ahead and say anyone pulling a sausage out of their pocket to eat is weird.. even if it was a vegan sausage. Don't do that gentlemen. (Did I mention I like goofy guys?) But not one guy seemed even really phased by my veganess. Way to go forward thinking dudes! So the result: Single at 31 and vegan has actually been pretty ridiculously fun!

Side note: when you tell your date you cook delicious food: they are totally 👍🏻. Delicious food here we come. 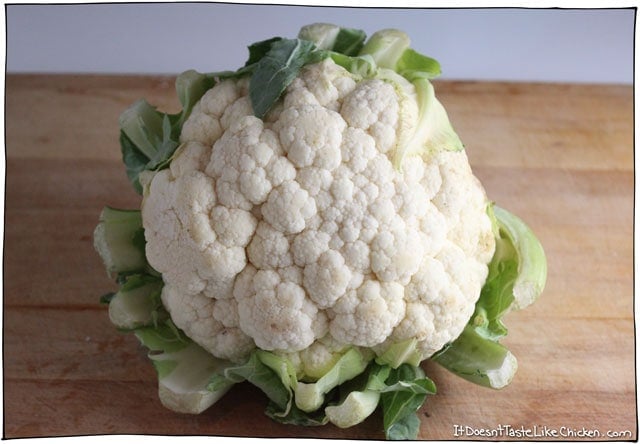 I would be lying if I said I didn't polish off this entire sheet of deliciousness all by my self not so long after photographing it. It's kind of impossible not to.

Ok let's get real, I guess technically this is a side dish kinda food, or you could sprinkle the cauliflower on top of salad, but my most favourite way to eat roasted cauliflower is hot off the pan, dipped into my Creamy Cashew Caesar Salad Dressing, Maple Mustard Dressing, a marinara sauce, or just as is. Yespleasethankyouverymuch.

Only 6 ingredients, 30 minutes to make (most of it spent staring in the oven window and drooling), and badda bing, badda boom. Little cauliflower flavour bombs in your mouth. 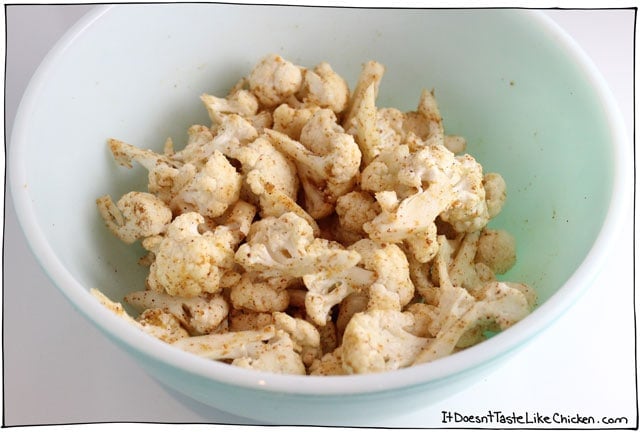 Here we go! Chop the cauliflower into little florets. Add them to a bowl along with all of the seasonings, and use your hands to toss well to combine. 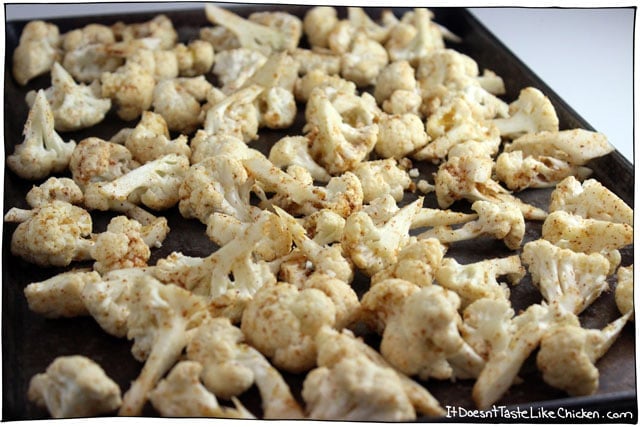 Spread the cauliflower evenly on a baking sheet, and bake for 20 to 25 minutes, flipping once, until everything is browned and tender. 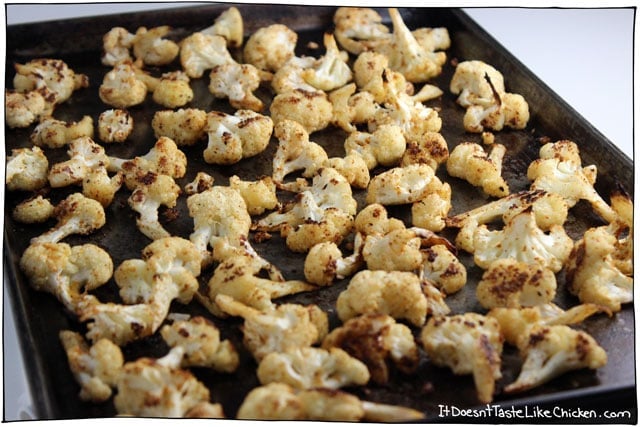 You can eat this as a side dish, toss on top of salad, or munch on them straight from the pan.  Compliment with dipping sauce of choice. So yummy and healthy! Can't... stop... picking... 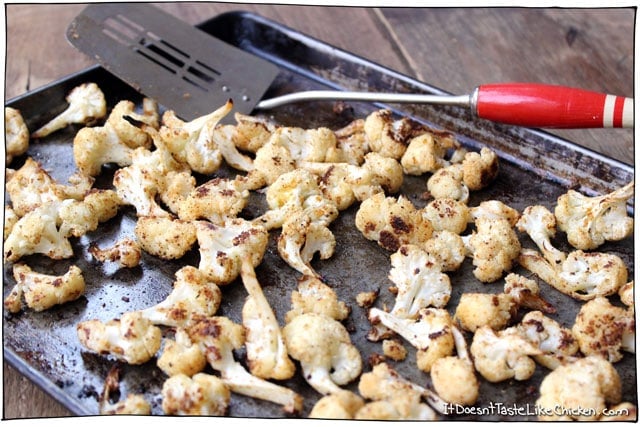 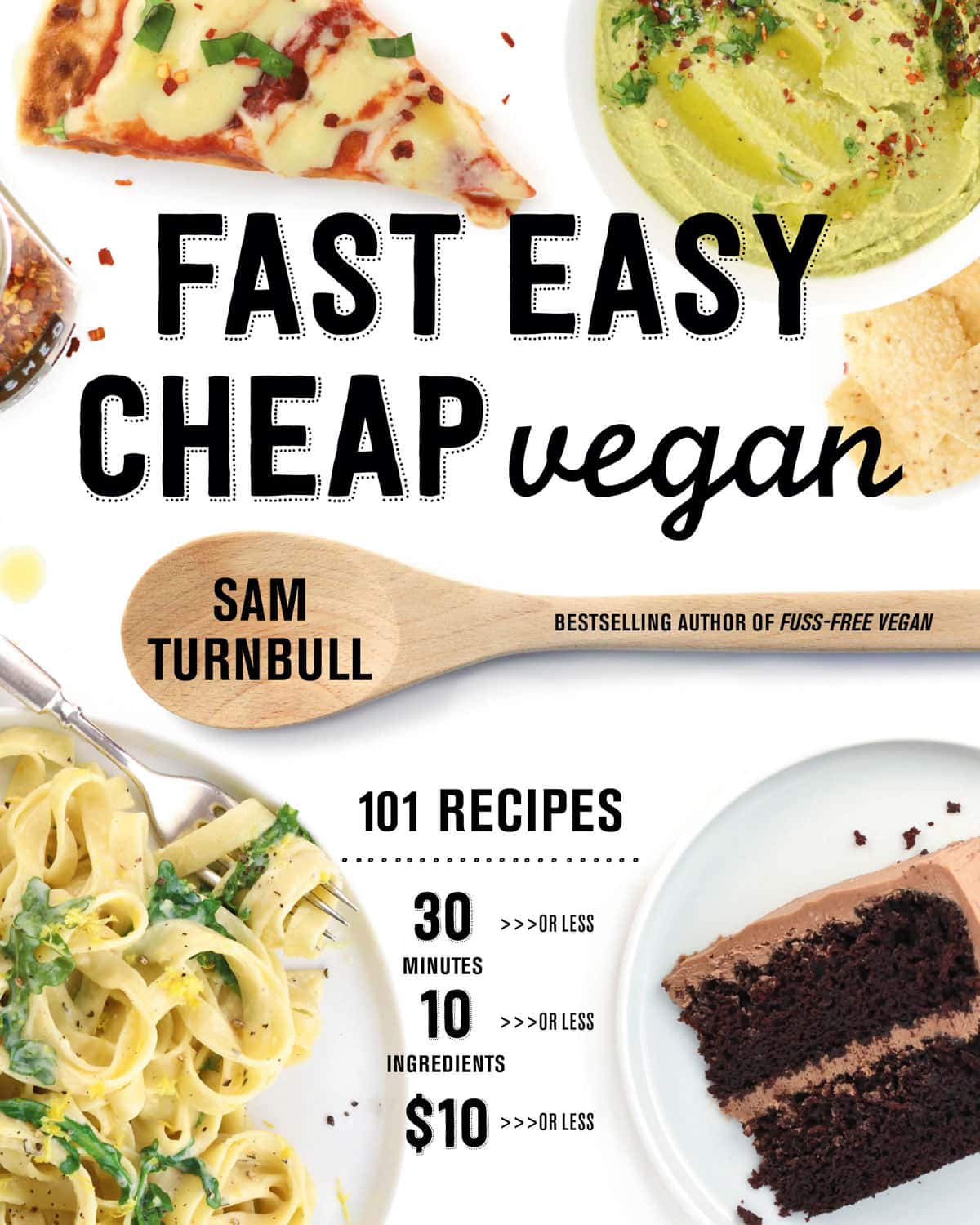 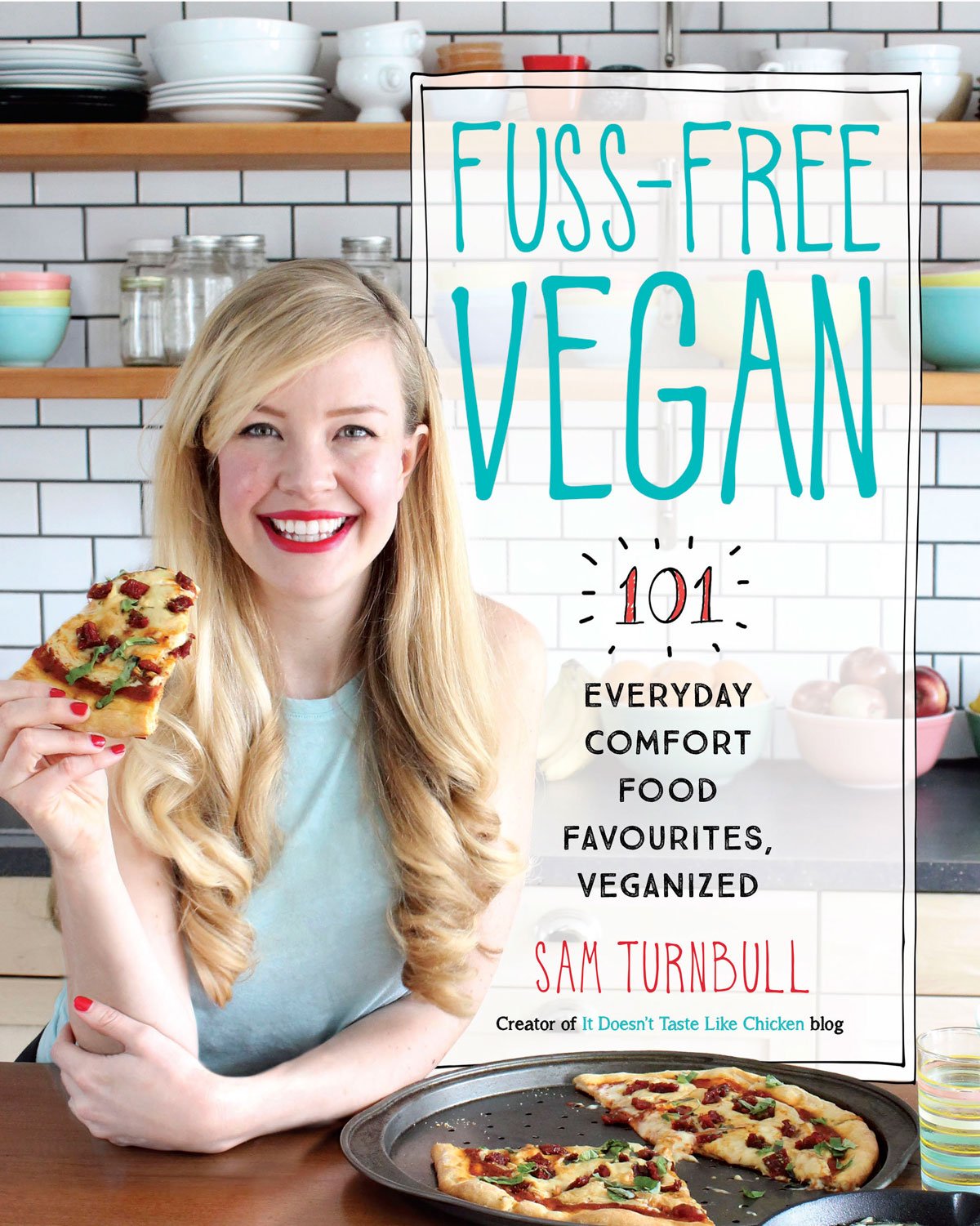