When I asked what recipe my lovely fans on Instagram would like for St. Patrick's Day, the top vote was a vegan shamrock shake recipe. Really!? I thought. But isn't that just a simple minty milkshake? Well, yes it is. But then I made it, and then magic happened. And before I knew it, the entire vegan shamrock shake was gone, and there I was trying to noisily slurp up the last few drops with a straw. 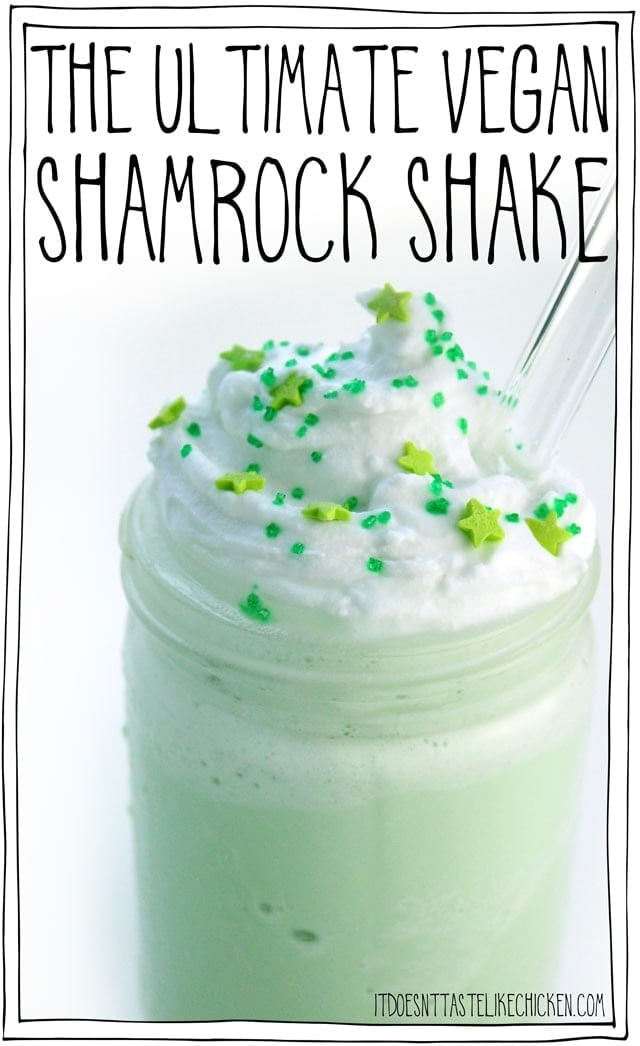 Yes, a shamrock shake is just a minty milkshake, but once I made my own vegan shamrock shake, I quickly learned why everyone was so excited. Sometimes simple is best and in the case of this vegan milkshake, it couldn't be truer!

Creamy, rich, lightly sweet, with a minty freshness. It's the perfect combination of flavours making it the most divine St. Patty's day treat.

Then, for more fun, you can top the vegan shamrock shake with Coconut Whipped Cream, green sprinkles, fresh mint leaves or a maraschino cherry. So fun and festive! 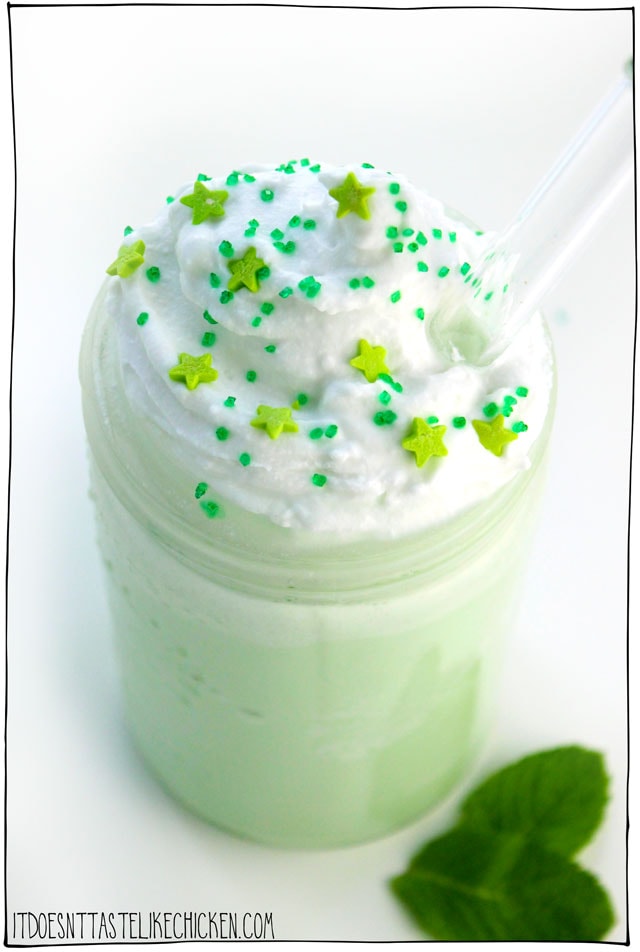 Traditional Shamrock shakes are made with ice cream, and while of course, you can easily buy vegan ice cream, if you know me I am always looking for an easier hack. I took inspiration from my Instant Vanilla Ice Cream recipe in Fuss-Free Vegan (page 176), and decided to freeze full-fat coconut milk or Heavenly Heavy Cream (page 206 in Fuss-Free Vegan) for the perfect frozen creaminess. This is not only cheaper, but you can control the sweetness to your own taste preference. The result, you guessed it, The Ultimate Vegan Shamrock Shake! 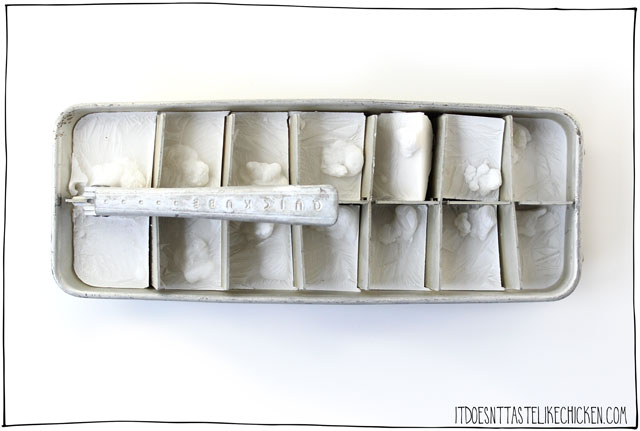 I used this very handy dandy vintage ice cube tray I have, but you can get newer versions of this ice cube tray on Amazon if you desire. 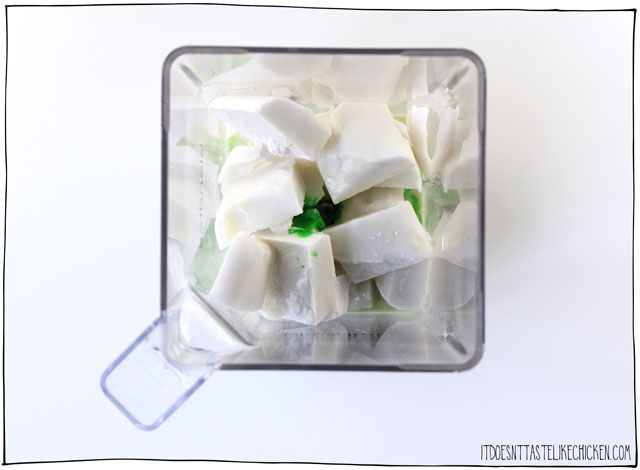 Add the frozen cubes to a blender along with the agave, peppermint extract, vanilla extract, and food colouring.

Blend until smooth and creamy. Divide among two glasses. 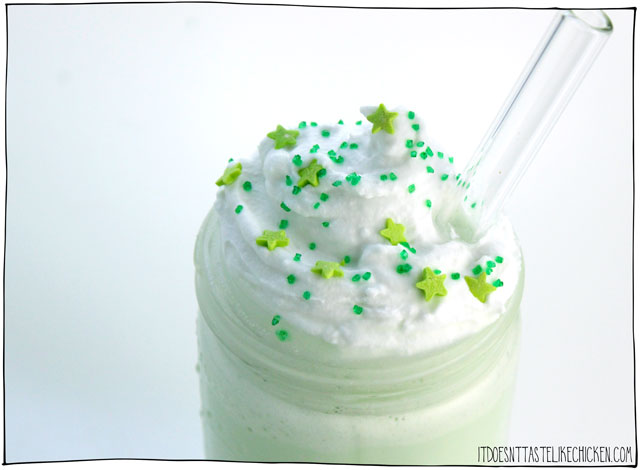 Optionally, you can decorate your shakes with any additional toppings. I opted for Coconut Whipped Cream and green sprinkles, because CUTE! 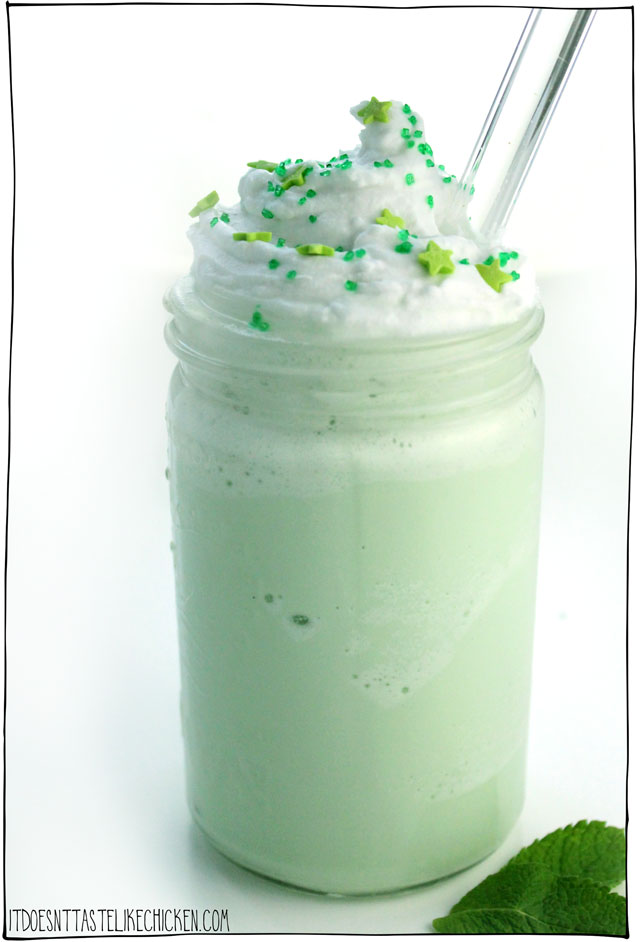 For the shamrock shake: