I finished my cookbook!!

Well, most of it anyways. I just finished my final edit of the writing and now the copyeditors have it. (I'm told that they are the lovely people who make sure to cross the T's and dot the I's, kinda thing). I also just finished all the food photography! That's over 100 recipes written, tested (multiple times), and photographed. Feeling pre-tay relaxed and happy today. Hence the booze.

I still have some little things to do, because: hello, my name is Sam, and I'm a control freak. I will be drawing a couple of pages as the artist in me needs to escape, and there are some selfies that need to be done... sounds silly, but it's true. Part of my job is to take selfies... things I never thought I would say in my life. Anyways, the VAST majority of the book is done and I am so incredibly happy about it. It's gonna be good friends! Y'know what else is good? Vegan Hot Buttered Rum. Keep reading and I'll explain! 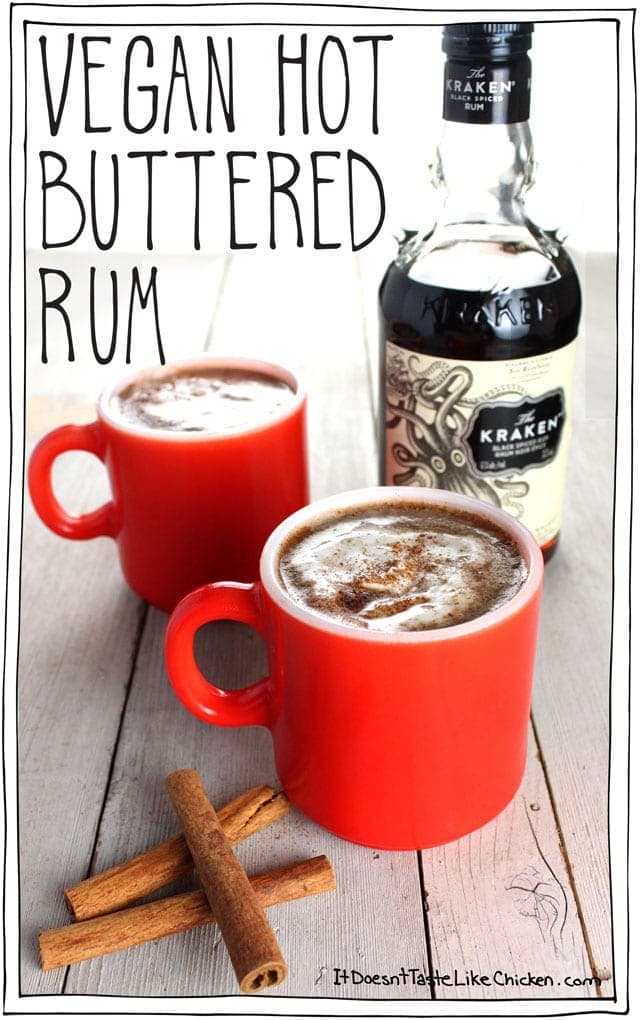 In celebration, I decided that I'm not going to cook this week. This cook needs a break! Well, at least I'm not going to write down, measure, test, make look pretty, and photograph. So clearly, cocktails are in order.

I admit, I mainly made this recipe because I spotted The Kraken rum and fell in love with the design. I mean who puts an octopus drawing on a rum bottle? Maybe the same kind of person who puts a chicken drawing on a blog.

Anyways, it was clearly too cute to pass up, and after a check with my Vegaholic app it got the vegan OK. So I had an extensive chat with the liquor store dude about the different flavours of rum and what they are appropriate for, (who still ID'd me- eat your veggies folks). I picked up this bottle and wandered home wondering what in the world I was going to do with it. Sometimes it feels good to not be organized and let creativity flow. The octopus inspired me. 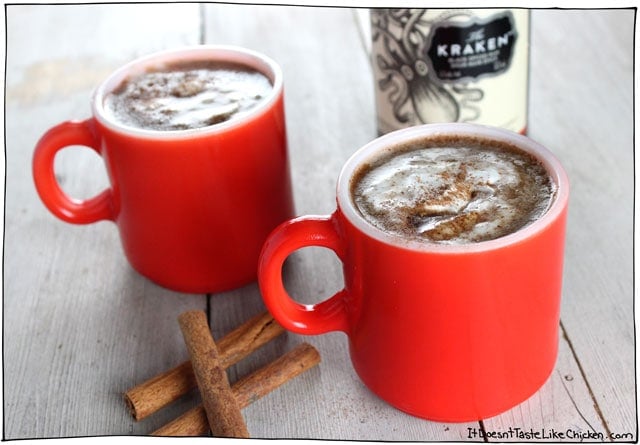 Then it struck me: VEGAN HOT BUTTERED RUM!

With the holidays right around the corner, I knew this would be the perfect treat. Dudes, seriously. This stuff is dangerously good. It's full of spice, rum, and creamy, buttery, sweetness. I'm warning you, dangerously good I say. Holy smokes, that octopus and I are going to have one mighty fine holiday season. Cheers buddy! And cheers to you my friends. Vegan Hot Buttered Rum for the holidays! 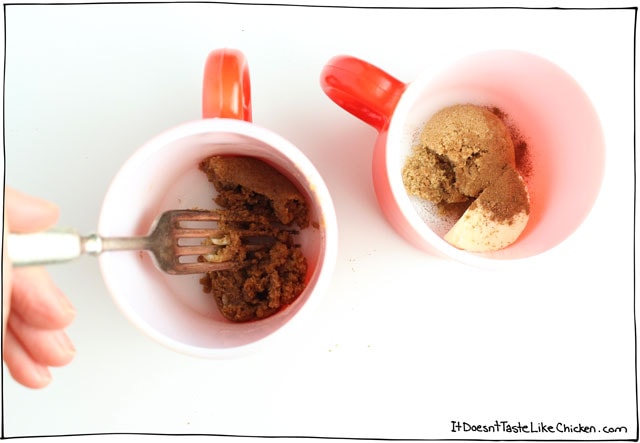 No giant pots of butter and rum going on here. That would be way too dangerous, (see above). This vegan hot buttered rum recipe is made for two.

To begin, divide the vegan butter, brown sugar, and spices among two small mugs or teacups. Use a fork to mash it all together. 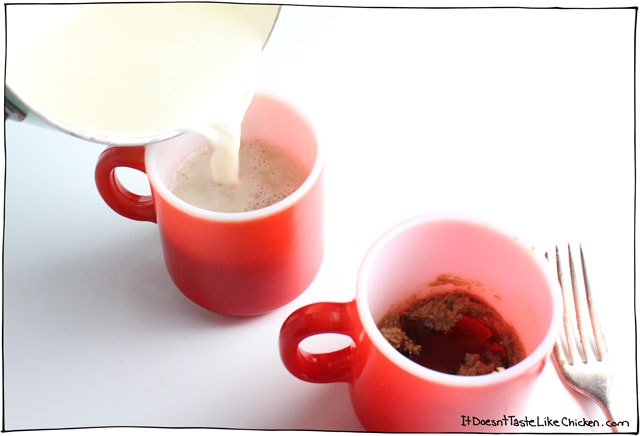 Pour a shot of the rum into each mug, then heat up the plant-based milk and water together until simmering and divide among the two mugs. Stir to dissolve the brown sugar. Now if you like, add a dollop of coconut cream on top and an extra sprinkle of cinnamon. Pure, creamy, adult bliss this stuff is. Cheers! 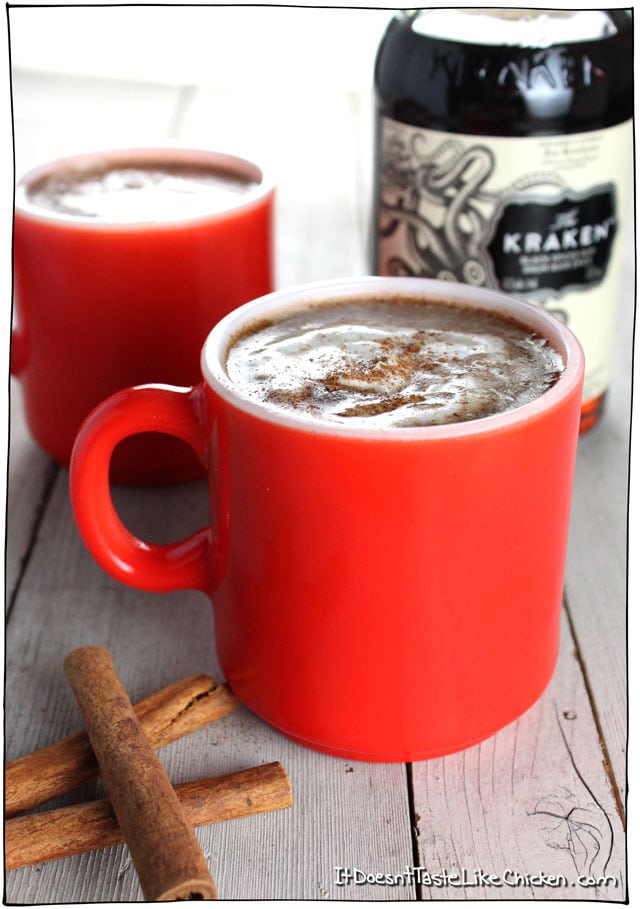