When I posted my recipe for Easy Vegan Pumpkin Pie a couple of years ago (which by the way is one of my most popular recipes), I soon found out that pumpkin pie spice isn't available in all countries. Why did I wait two whole years to post this homemade recipe? I have no idea. But it's finally here, my DIY Pumpkin Pie Spice!

Not only is pumpkin pie spice handy for the people who don't have it available in their country, but around Thanksgiving it always seems to be sold out at the grocery store, and it's often pricey. 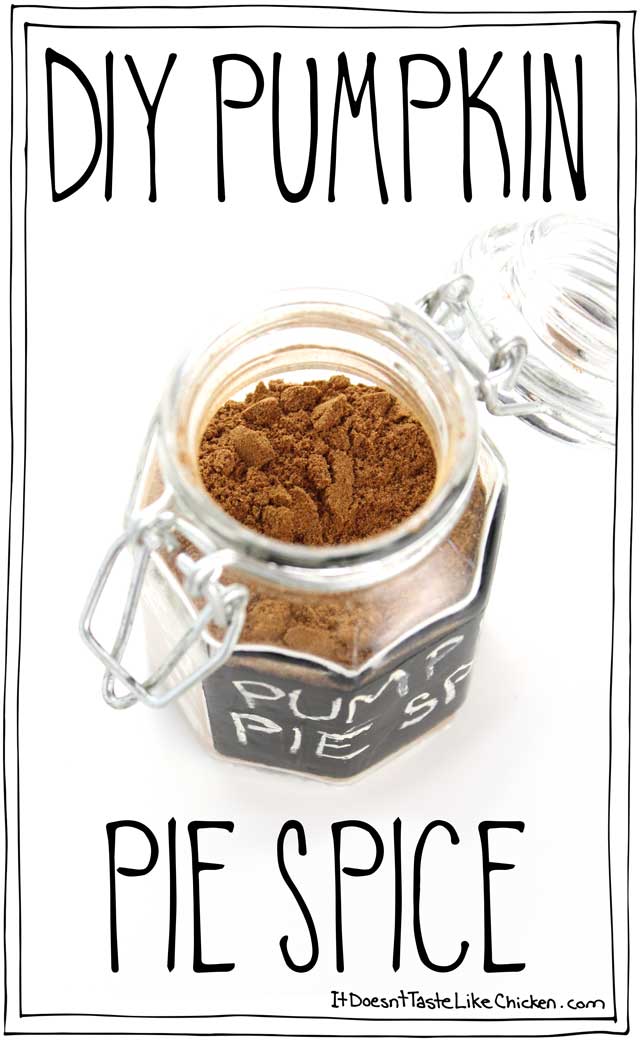 If you are new to this lovely flavour, it's just a combination of spices used to make pumpkin pie. I know, it's pretty much as obvious as it can be. The beauty of it is, that when you have it on hand, it makes whipping up a pumpkin pie super duper easy.

But there's more! (Do I sound like an infomercial yet)? You can use it all over the place. I use it in my Vegan Pumpkin Spice Oatmeal, my 4 Ingredient Pumpkin Pie Spice Syrup, but you could also sprinkle it into a smoothie, stir it into Vegan Coconut Whipped Cream, add some to my Perfect Vegan Sugar Cookies, or sprinkle it over popcorn with a little sugar. Having a little jar on hand makes autumn feel extra special. 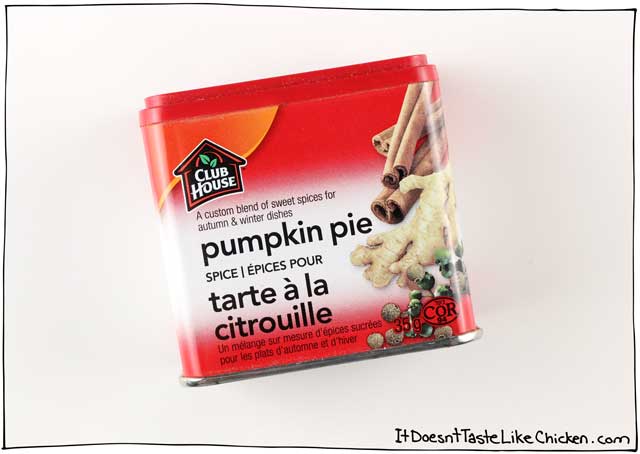 To develop my recipe, I just looked at the ingredient list on the store bought one I had on hand. 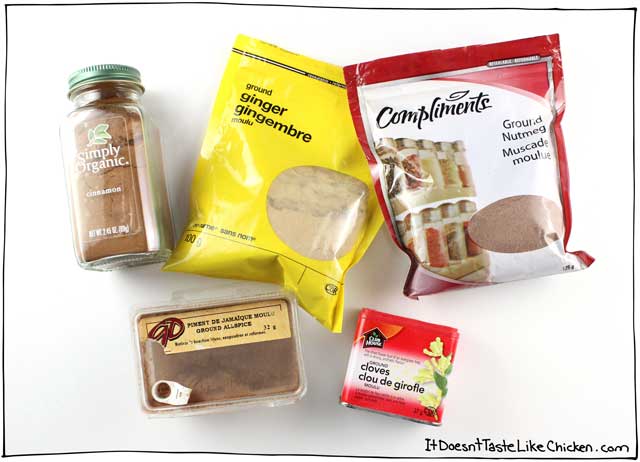 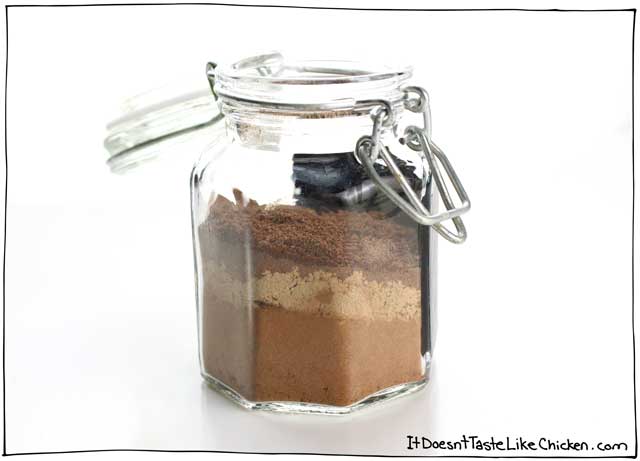 Simply add all of the spices to a small jar, and shake, shake, shake until it's evenly mixed! Done. Sprinkle away, my friends. 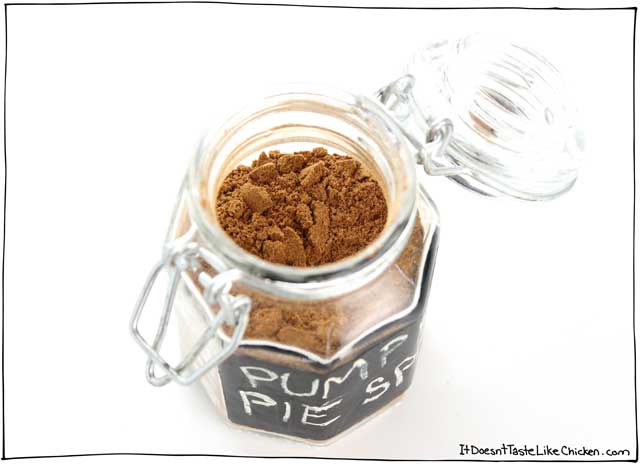 So easy to make, just add the 5 ingredients to a jar, shake, and you're done! This homemade recipe is perfect for when you run out, or when the store is sold out. Bonus points: it's even better than the store-bought spice.
Prep Time5 mins
Total Time5 mins
Course: Dessert
Cuisine: American, Canadian
Servings: 6
Calories: 12kcal
Author: Sam Turnbull • It Doesn't Taste Like Chicken 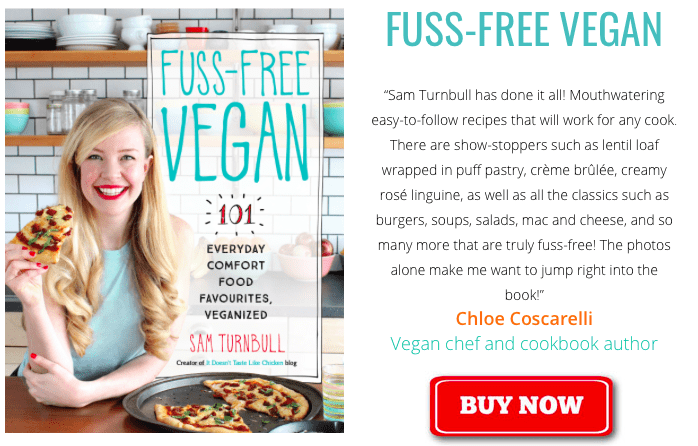