In case you were wondering, the answer is yes. Yes, you should make and devour this immediately. 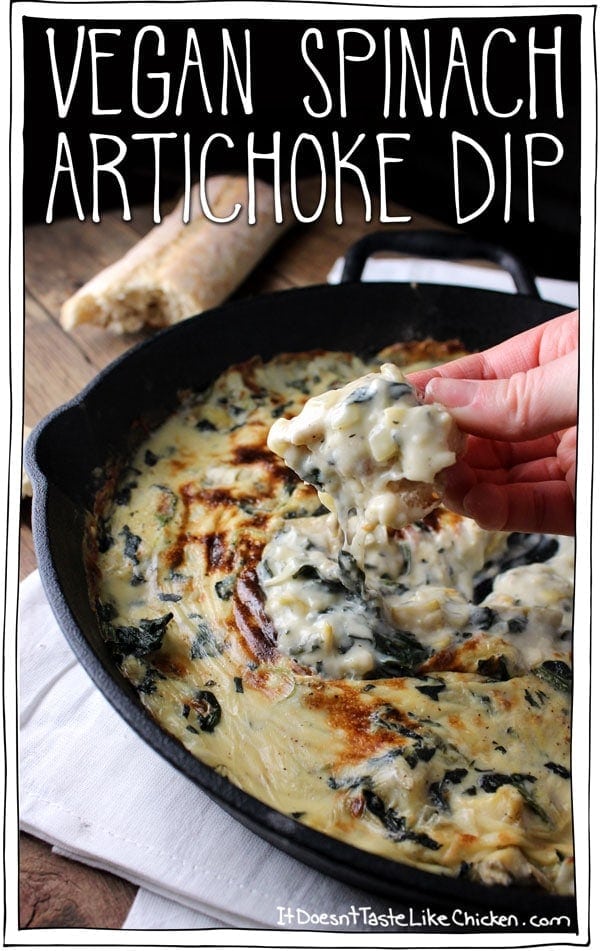 This is one of those appetizers where people are gonna be asking for the recipe and they are gonna be asking how much cheese is in this thing. It's so darn cheesy, creamy, and delectable, with lots of spinach, artichoke and onion action going on. I mean can you even tell there is bread under that thick coating of dip lusciousness ↑ ? The dip just devoured my bread like a good dip should. 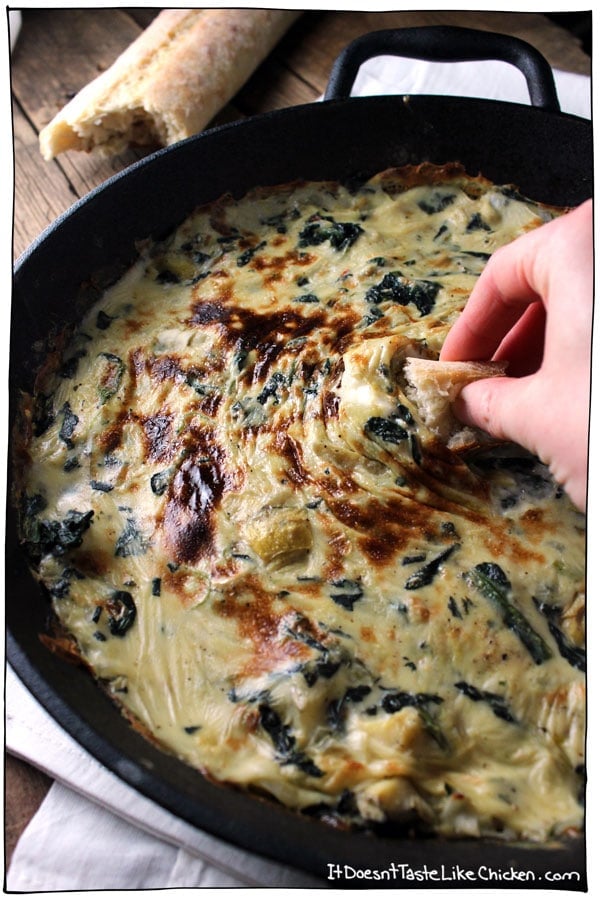 Ah, there it is. This is for sure going to be one of my go-to recipes for company, now when is the party starting?

To make this recipe, you will need a double batch of the Melty Stretchy Gooey Vegan Mozarella recipe. You can make this ahead of time, or you can make it right before making the dip (it only takes 15 minutes to whip up).

Finely chop the onion, and drain and chop the artichoke hearts. Mince the garlic, and grab your bag of spinach. 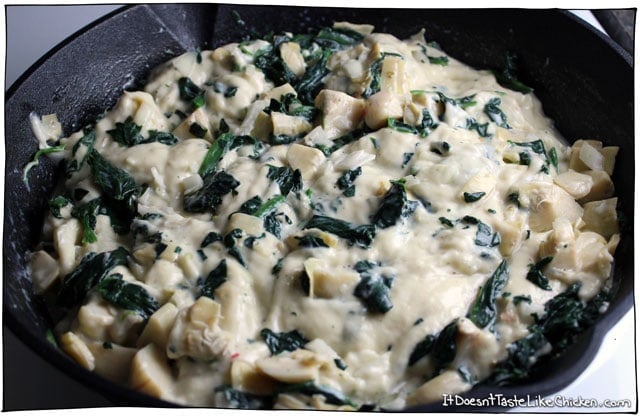 Toss the mozzarella, onion, artichokes, garlic, spinach, non-dairy milk, salt, and pepper in a cast iron skillet or oven proof dish. Stir it up. It might not mix very well, but that doesn't matter, it will come together in the oven.

*Note, for a soy free dip make sure to use a soy free milk such as almond, oat, or rice milk. 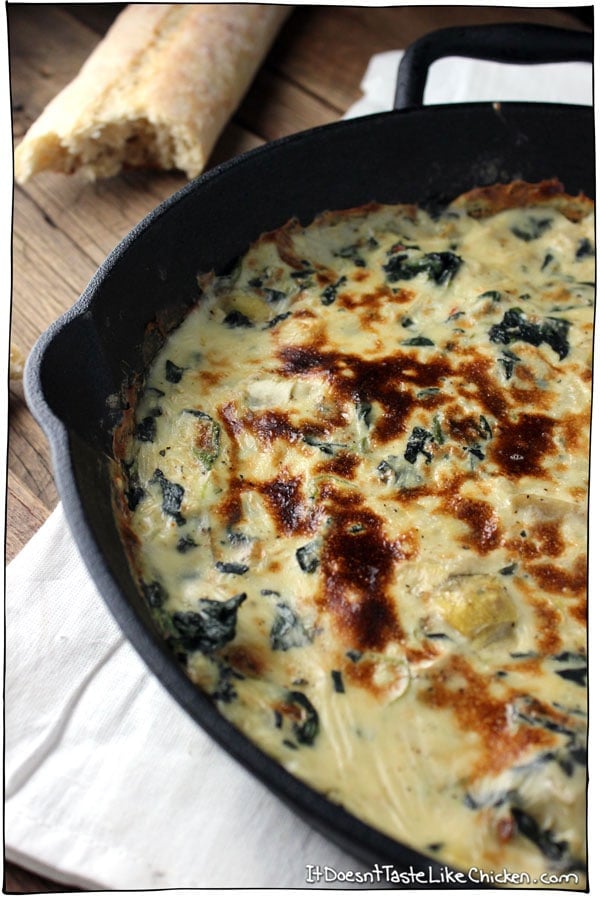 Bake for 20 minutes, stopping half way to give it a stir. If it is a little too thick for your liking you can add a bit more non-dairy milk and mix it in for desired consistency. Once it is fully cooked, you can brown the top for added wow effect. Turn your broiler on, and pop it under the broiler for 3 minutes or less. Keep a close eye on it so it doesn't burn. Serve with all things dippy, and don't be surprised when it disappears quickly! 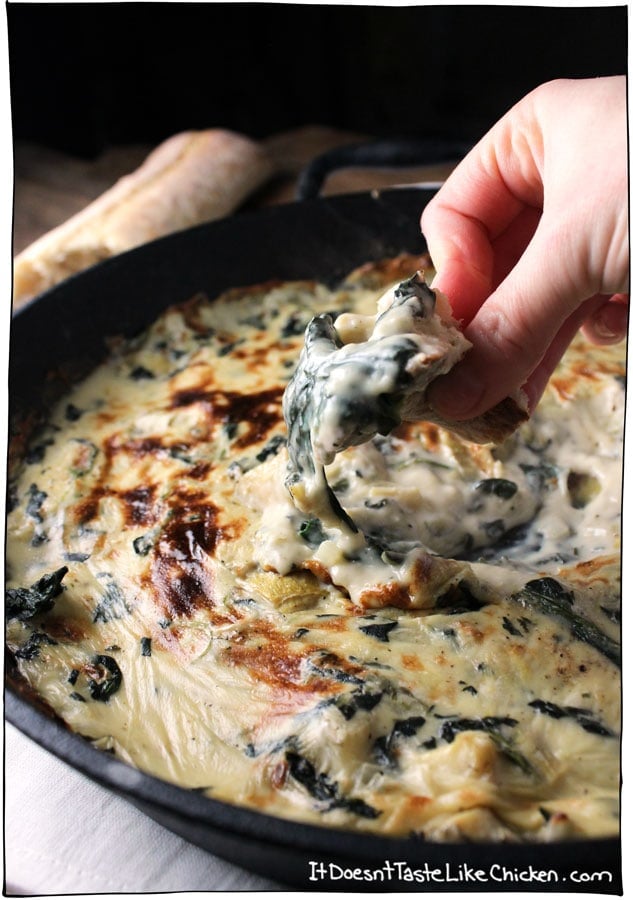 Yes, this is vegan, and it's amazing! Vegan Spinach Artichoke Dip tastes like the traditional dish but so much better. Soy, dairy, oil, and gluten free!

I'm Sam. Bestselling cookbook author and full-time vegan recipe creator! I LOVE vegan food, but it didn't start that way. As someone who comes from a from a family of hunters, butchers, and chefs I'm the last person I thought would go vegan. Here's My Story → 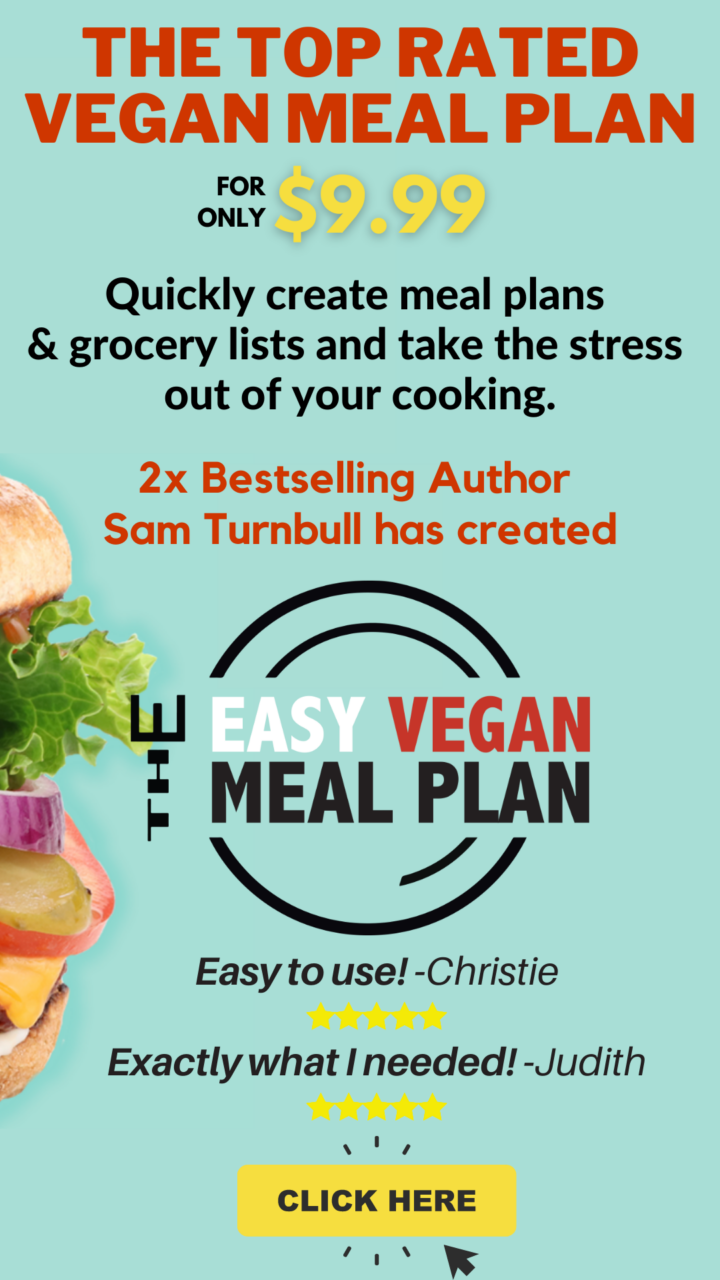