It's another episode of veganized! That's where I take a viral recipe video and challenge myself to make it vegan. Today, I was inspired by Tasty's Ultimate Buttermilk Pancake Recipe. This episode is titled, VEGANIZED: Tasty's Buttermilk Pancakes!  Excited? 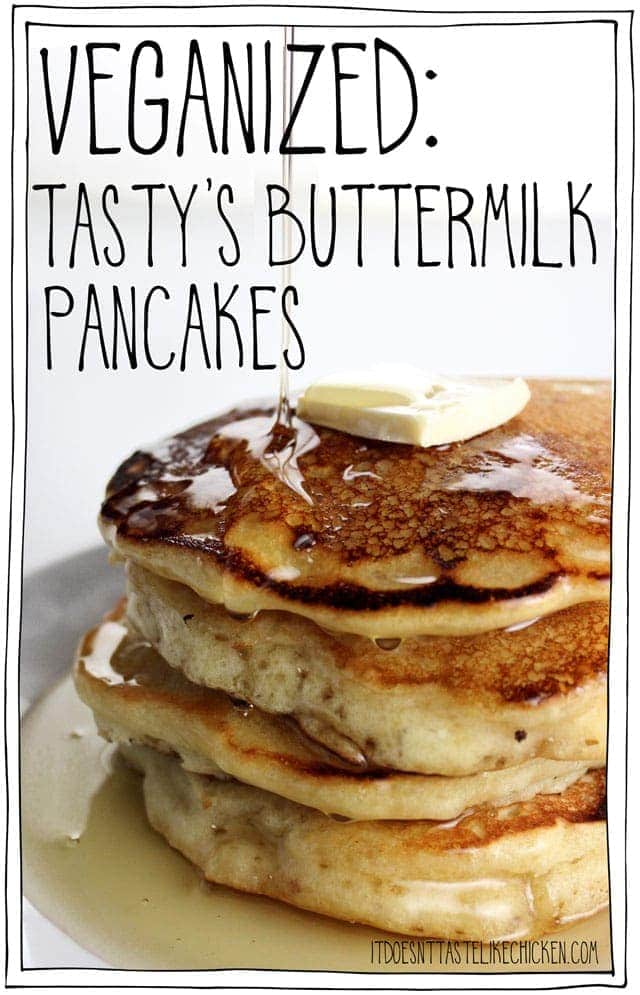 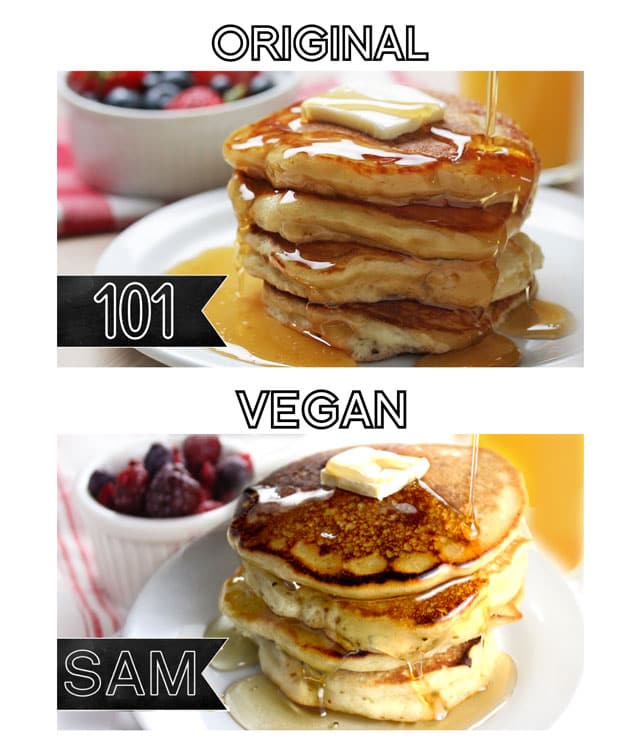 For the buttermilk, I subbed plant-based milk mixed with lemon juice. Mixing in the lemon juice makes the plant-based milk curdle making an instant DIY buttermilk! For the eggs, I skipped replacing the yolks, but I did replace the egg whites with aquafaba, which is the liquid in a can of chickpeas. And of course, the butter was an easy sub as I just swapped in vegan butter.

The result is a delicious, fluffy pancake you would never know was vegan.

Now while I do love the end result of this buttermilk pancake, I think there are a few fussy steps here (and I hate fussy steps). So in the end, I still prefer my Pillowy Pancake recipe in my cookbook Fuss-Free Vegan, which is not only easier and quicker to prepare, but just as tasty. Either way, I have posted the final veganized Tasty buttermilk pancake recipe below, so give it a try if you like.