HERE’S WHAT HAPPENED OVER THE LAST YEAR:

Because I do this wrap every year right at the end of the year, the recipes posted in December don't get much of a fighting chance to make it to the list. But if I were to edit the Top Vegan Recipes of 2016 list, I would now have to add my Stuffed Roasted Butternut Squash and Perfect Vegan Sugar Cookies which have both become very popular recipes on my blog, so if you haven't checked them out yet, take a look now.

Every now and then I also like to share non-recipe content on my blog, and you seem to love it because my How to Swap This for That to Make it Vegan was a huge hit and helped many new vegans see how easy it can be. 50 - 5 Ingredient or Less Vegan Recipes, 25 Game-Changing Vegan Taco Recipes, 25 Vegan Holiday Main Dishes That Will Be the Star of the Show were also popular posts.

And now for the drumroll please! The top 10 vegan recipes of 2017 are:

I LOVE when you request recipes because it's my goal to make vegan cooking, easy, fun, and totally delicious. After a poll on Facebook (which I run fairly often), it was clear that a lot of you missed cottage cheese. Now wrapping up the year, it's very, very clear that you wanted and fell in love my cottage cheese recipe. It quickly became a fan favourite and has wowed many. 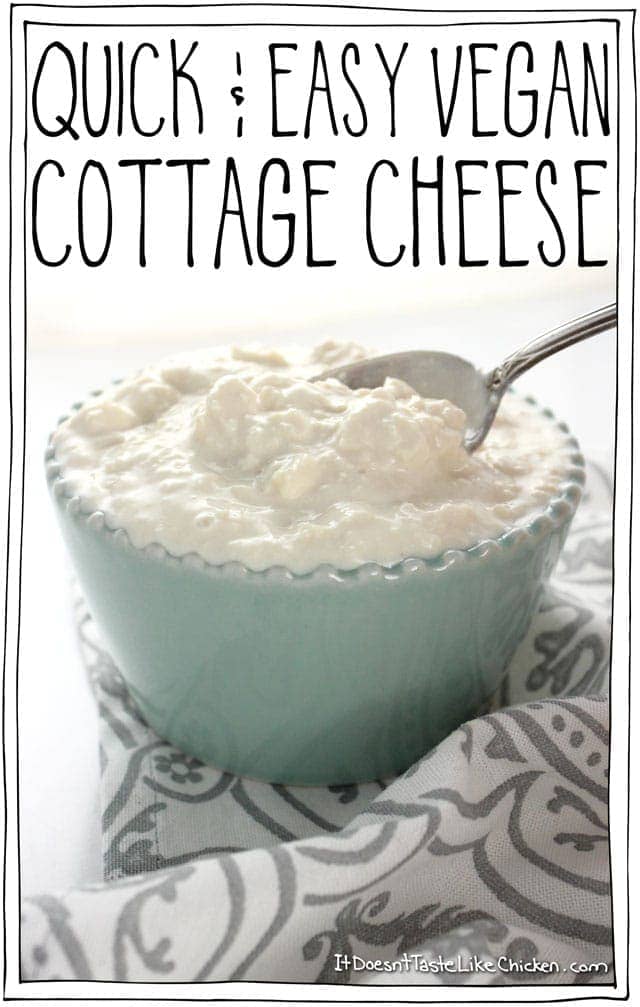 KISS- Keep It Simple Stupid. Sometimes I almost feel guilty posting recipes such as this mushroom soup as it's just such an easy recipe. I have learned that I should never feel guilty posting simple recipes because you love simple recipes just as much as I do. Woohoo!! This mushroom soup recipe has been a hit with vegans and non-vegans. Some of you were sceptical about the coconut milk used, but once you tasted it for yourself, you fell madly in love! 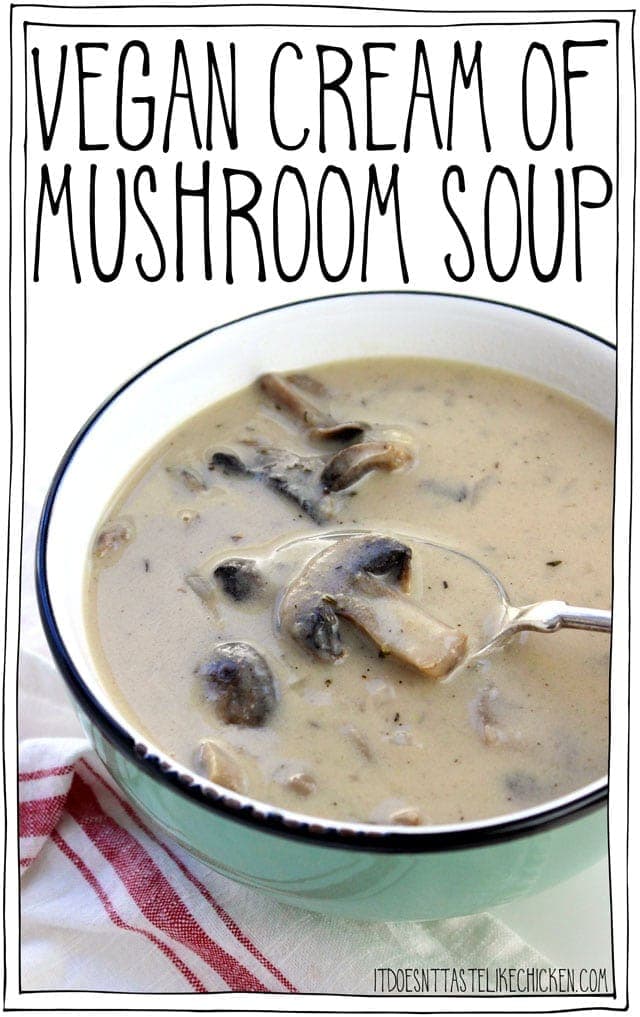 Basics make the world go round. Well maybe not, but tofu ricotta is so easy to whip up and is perfect for layering into lasagna, pasta dishes, or anywhere that ricotta is used. Yes, it's made from tofu, and yes, it really is delicious. 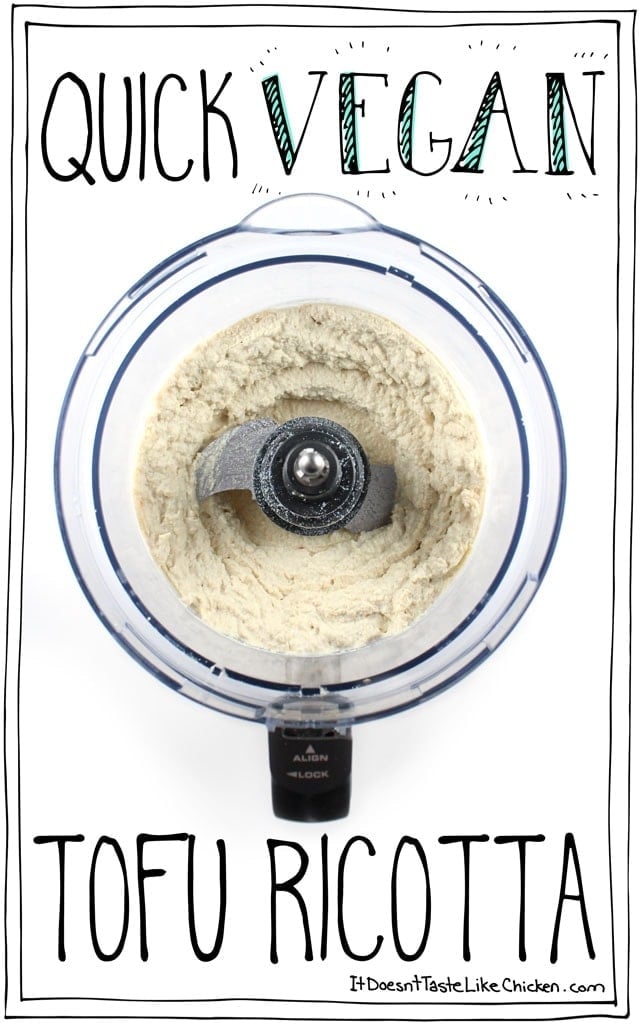 This recipe was a remake of a beet burger I posted on my blog way back when I didn't know how to write a recipe and I would have incredibly vague instructions. Luckily, since then I have learned a lot about recipe writing and was able to tweak this recipe to not only be much more clear but make it easier and tastier. You approved. 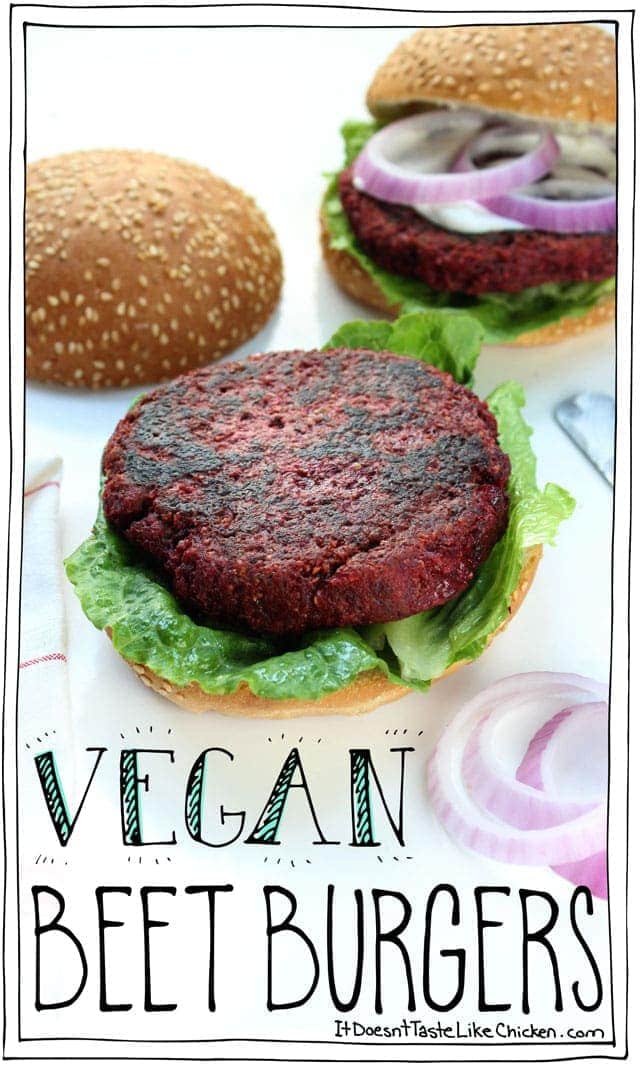 Ahhhh classics. Definitely not my easiest recipe on the blog, but sometimes a little fuss is worth it. Especially when espresso, cake, and cashew cream are involved. My favourite was when I served this to an Italian friend of mine and she couldn't believe it was vegan... well she did, but only because I was the one serving her. 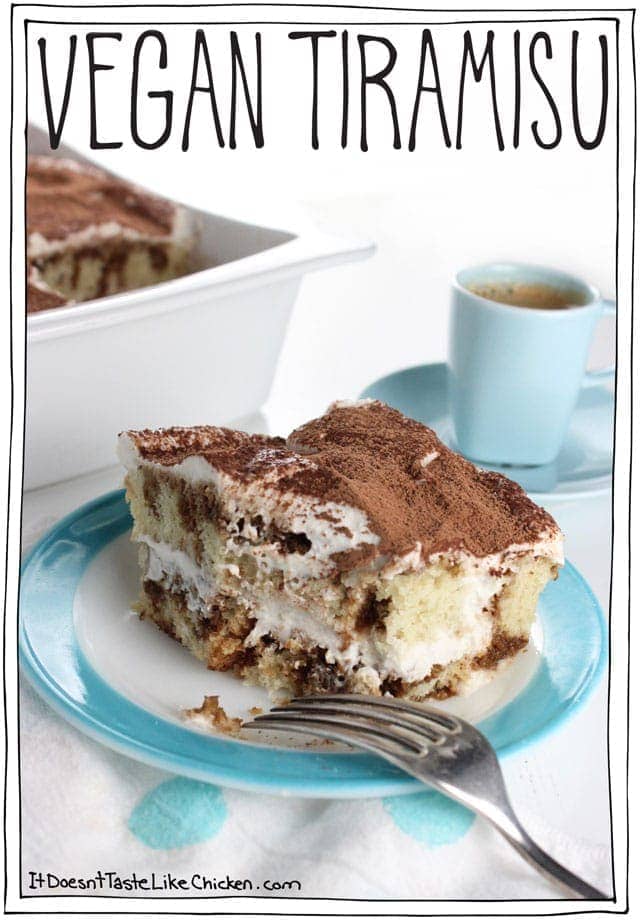 I'm certainly not the first person to do a version of cauliflower bites, so I put off posting this recipe for a long time... like 2 years because I thought it had been soooo done. But gosh, I really do like my recipes the most sometimes, so I thought I should share with you the version I had been secretly perfecting over the years. I'm so glad I did. This taught me that just because something has been done a million times before, it doesn't mean that I can't share my own version. 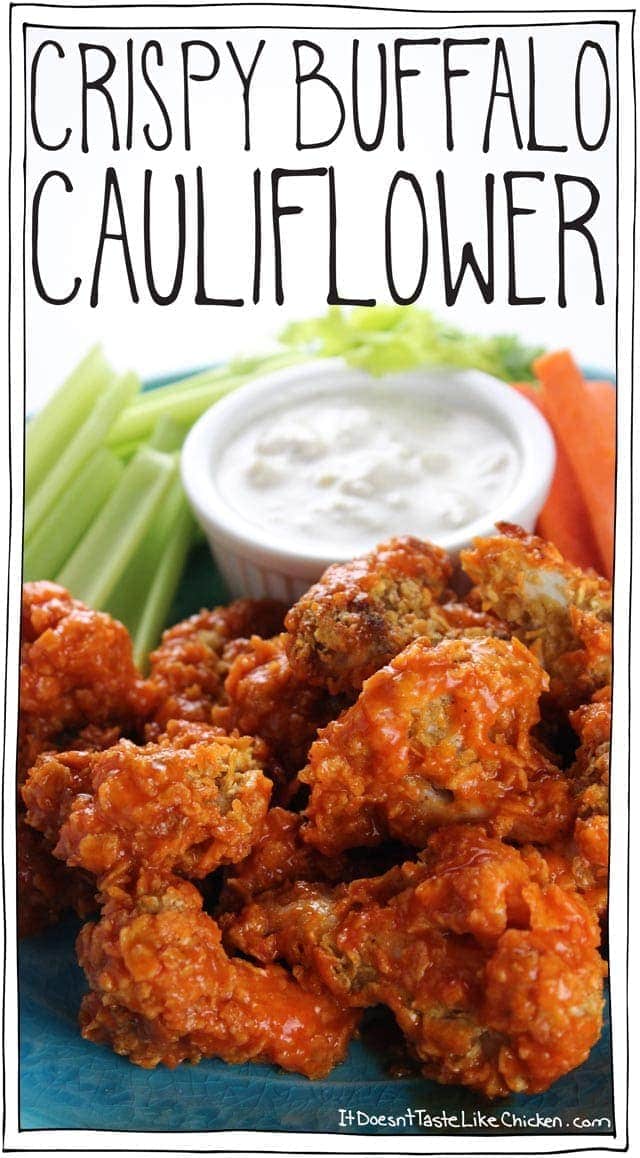 Jackfruit the wonder fruit that looks and tastes like meat! How weird and by weird I mean delicious! The only thing that I don't love about jackfruit is that it can be difficult to find, but if you are able to lay your mitts on a couple of cans, it is oh so worth it! 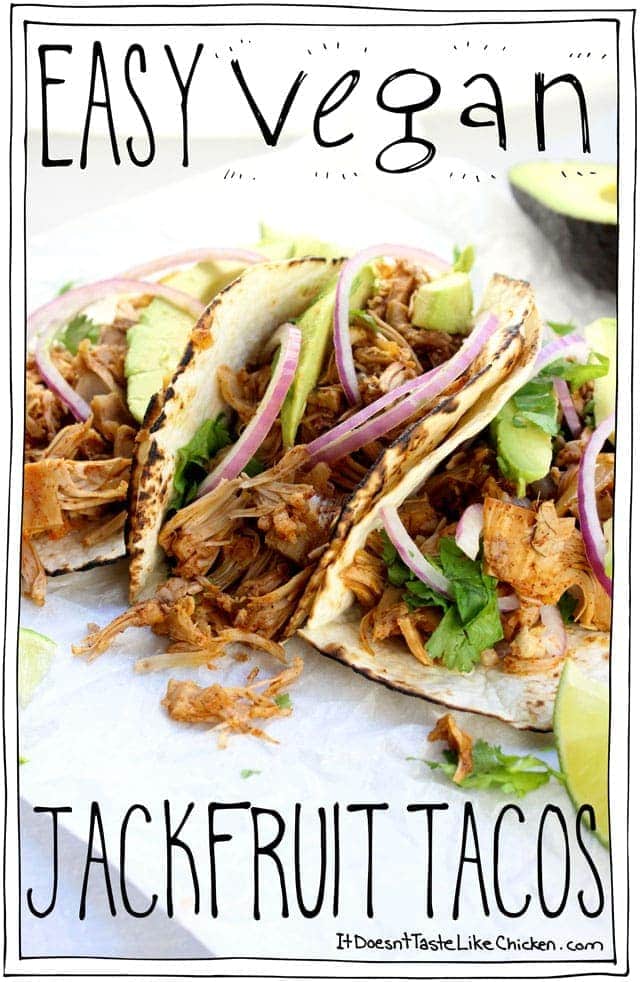 Rich, veggie-packed, hearty, beer-infused stew... need I say more? No, I don't think I do. 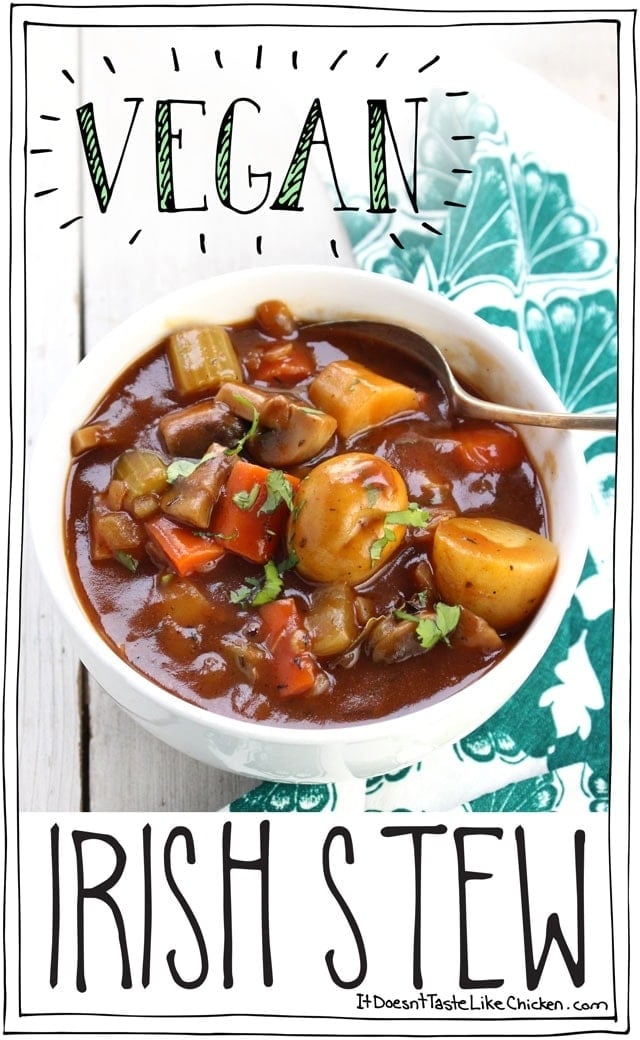 I'm so happy to see that my claims of this chili recipe being "the best" held up, but I can't say I'm surprised because it really is the best I have ever had. #biased. When I have a group of people visiting and want to make something ahead of time, this is a go to. Everyone loves it, vegan or not. 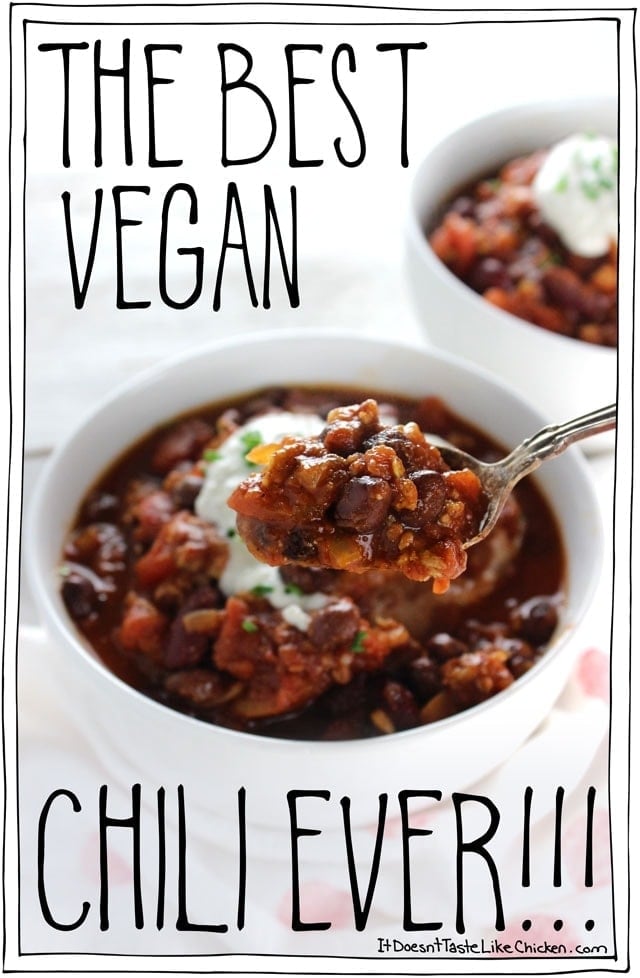 1. The Easiest (and most delicious) Vegan Cornbread

It was so interesting to see that my cornbread recipe only has about 8k shares yet was the most popular recipe of the year. Now that may seem like a lot to some, but my Vegan Irish Stew had 43k shares, and it's not unheard of for one of my recipes to reach over 100k shares. (I know, crazy talk). But what this cornbread recipe did have was super long average time spent on page. Meaning my most popular recipe this year isn't something that people were sharing, but it was something they were cooking! Now that's what I like to hear 😀 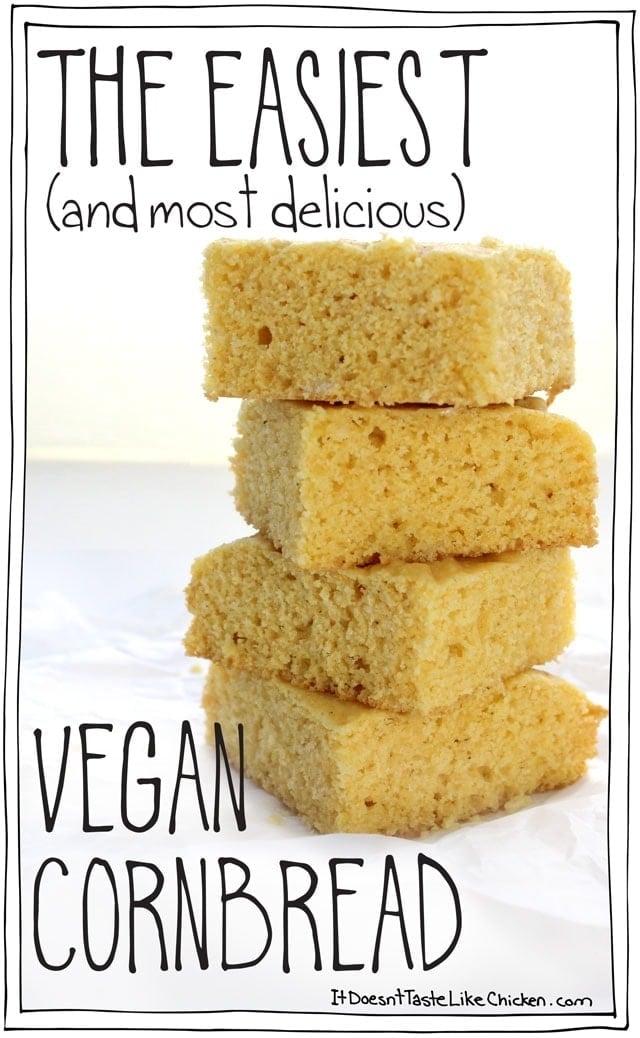 What a fabulous year! Thank you so much to all of you for sharing it with me, it's truly the best job I could ever dream of. Now I can't wait for 2018 where I will be sharing oh so many new vegan recipes and I also plan to hit YouTube hard by posting a brand new video every single week, so make sure to subscribe so you don't miss that.

« The Best Ever Lentil Ragu
Heart of Palm Calamari »